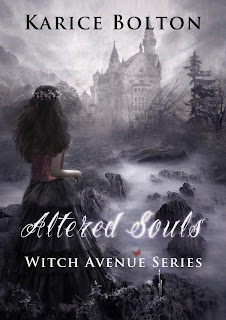 Ok, thank the sweet, 8 pound 6 ounce, baby Jesus that I didn't read Lonely Souls until this book was available!  Altered Souls starts right where we finished in Lonely Souls, which is one of the many reasons I love this series.  I really hate when I am reading a series and each book starts the same as the one before, introducing characters that we've already met; and it takes 3-5 chapters before anything exciting happens.

So many questions were answered in this book - another reason to read and love these books as much I do!  You don't have to wait until the end before your curiosity is sated.  That being said, there is a pretty major cliff hanger at the end, opening up a new set of questions to be answered!

Triss and Logan are met with a lot of challenges to face, not only are they dangerous, but their love is tested as well.  She learns of her families somewhat dark past, and the lines of good and evil become blurred as she has to decide which path to take.  But, as with most decisions people must make, everything isn't always black and white.

This book is equally as amazing as the first and I'm hoping that I can snag a copy of Released Souls before it's released... Hey, a girl can dream!  Help a girl out, Karice!  Here is the cover from Released Souls, due out sometime in mid January, just to peak your curiosity: 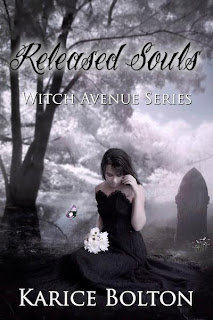 Also, keep an eye out for another book by the fabulous Karice Bolton, The Camp, due out by the end of February or early March! 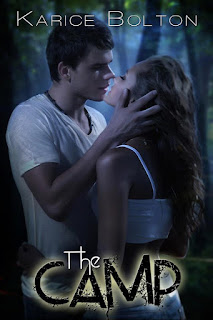 "Emma has always strove for perfection in her almost eighteen years of existence, but it has never been good enough. As she finds herself counting the days until she’s officially free from her parents’ reins, her stepfather hands her a plane ticket explaining that she must attend the Re-Boot Camp in the wilds of Alaska.

Once she lands in the middle of nowhere, she realizes the camp is nothing like she imagined, and she wants out immediately. That is until she meets Liam.

The camp is full of teens with dark pasts, but she finds herself drawn to Liam’s ability to see who she really is and who she wants to become. While Emma and Liam begin adjusting to a place neither want to be, frightening events begin to unfold. When people begin disappearing, it becomes apparent they can only trust one another as they fight for survival."

Huge thank you to Karice Bolton for releasing this blurb!