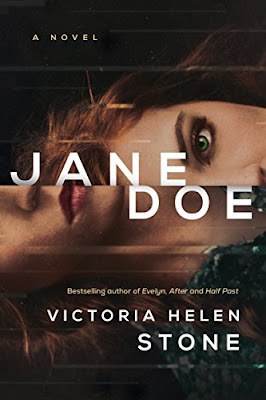 A double life with a single purpose: revenge.

Jane's days at a Midwest insurance company are perfectly ordinary. She blends in well, unremarkably pretty in her floral-print dresses and extra efficient at her low-level job. She's just the kind of woman middle manager Steven Hepsworth likes - meek, insecure, and willing to defer to a man. No one has any idea who Jane really is. Least of all Steven.

But plain Jane is hiding something. And Steven's bringing out the worst in her.

Nothing can distract Jane from going straight for his heart: allowing herself to be seduced into Steven's bed, to insinuate herself into his career and his family, and to expose all his dirty secrets. It's time for Jane to dig out everything that matters to Steven. So she can take it all away.

Just as he did to her.

This book is one of the best I've read in a while. I listened to the audio (because who has time to sit and actually read read?), and the narrator was phenomenal.

Jane Doe is about a sociopath whose best friend committed suicide. This was the only relationship she ever felt real love from, and she needs vengeance.

Jane (her actual first name) is wealthy and extremely intelligent, and creates a fake identity to work as a temp for the man who drove her friend to kill herself. She plans to get close to him, find out all his dark and dirty secrets, and them out him to his entire community. Steven is an abusive bastard, and very easy to hate, so surely this won't be hard.

The character was scarily relatable. Who would have thought a person so empathetic that puppies farting makes her cry could find such a connection to a character who barely has any sort of real feelings other than anger? It also had me thinking about all the men in my life, comparing them to Steven and hyper-analyzing everything they do. The paranoia was real! I especially loved that Jane knew exactly who she was and embraced her darkness.

If you're into books a bit more dark and twisty (think You by Caroline Kepnes), and with a strong, independent woman lead, then this is definitely a book for you.