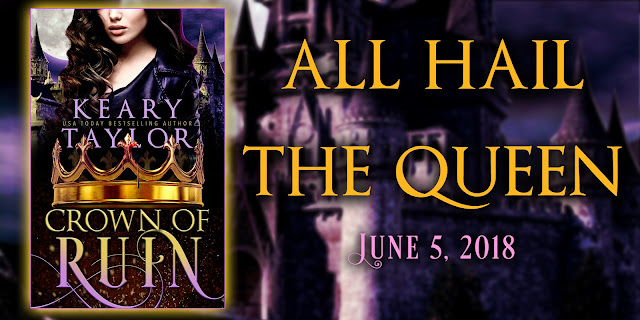 Check out the cover of the third book in Keary Taylor’s explosive continuation of the Blood Descendants Universe!  Enter the Rafflecopter giveaway for the chance to win a signed paperback of CROWN OF DEATH and CROWN OF BLOOD or one of 5 Kindle copies of HOUSE OF ROYALS or 1 audiobook of HOUSE OF ROYALS! 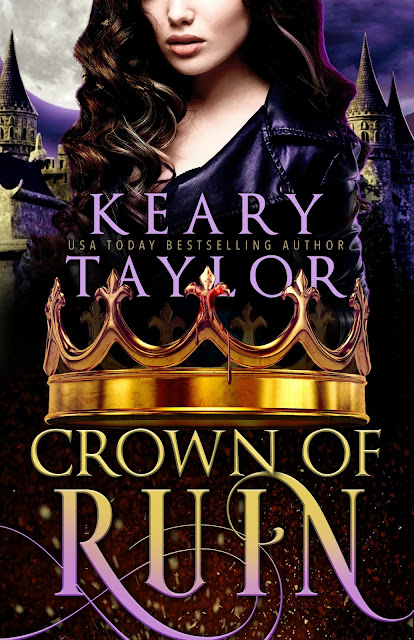 SYNOPSIS
Logan has returned to Roter Himmel.  Once a peaceful haven for the Royals, it is now a kingdom of chaos and distrust.  The people may love their queen, but she has never ruled them on her own.

Sevan has seen Cyrus work miracles long ago, and learned his methods herself.  His curse has sustained stronger than death before but the visage of Cyrus’ demise is undeniable.  Still, Logan refuses to believe this is the end.  Cyrus keeps appearing to her in strange dreams, rambling that she must prepare—that the day is coming when night will rule the day.

While the entire world of vampires watches, Logan will take on the weight of the crown, the certainty of impending change, and the threat of war.

They all should have known better than to test her.  She’s had multiple lifetimes to prepare for this…

All hail the Queen.

Enter the Giveaway
a Rafflecopter giveaway