The Price of Love by Maggi Craft - Re-Release! 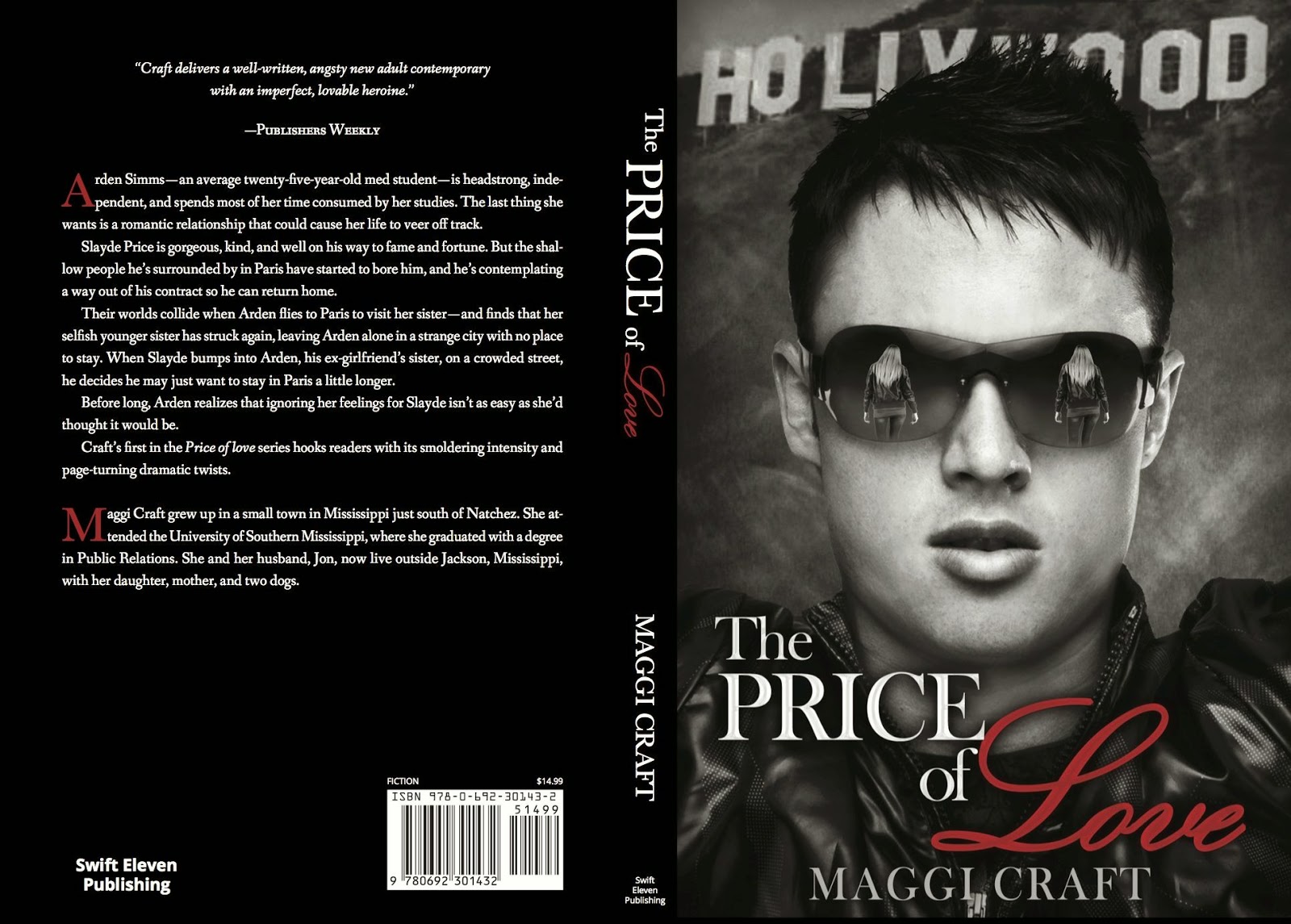 Arden Simms–an average twenty-five-year-old med student–is headstrong, independent, and spends most of her time consumed by her studies. The last thing she wants is a romantic relationship that could cause her life to veer off track.

Slayde Price is gorgeous, kind, and well on his way to fame and fortune. But the shallow people he’s surrounded by in Paris have started to bore him, and he’s contemplating a way out of his contract so he can return home.

Their worlds collide when Arden flies to Paris to visit her sister–and finds that her selfish younger sister has struck again, leaving Arden alone in a strange city with no place to stay. When Slayde bumps into Arden, his ex-girlfriend’s sister, on a crowded street, he decides he may just want to stay in Paris a little longer.

Before long, Arden realizes that ignoring her feelings for Slayde isn’t as easy as she’d thought it would be.

Maggi Craft grew up in a small town in Mississippi just south of Natchez. She attended the University of Southern Mississippi, where she graduated with a degree in Public Relations. She and her husband, Jon, now live outside Jackson, Mississippi, with her daughter, mother, and two dogs.

(Click on Icon Above for full review)
I don’t know if there is a more perfect example of never judging a book by its cover
than The Price of Love. Honestly, when I first took a look at this dude with his shades,
Zac Efron hair-style, and parted lips the first thing that came to mind was:
douche monkey! Then I read this book and realized that the male lead was such an
adorable puppy of a book boyfriend! Sure, a puppy with possible ADHD, but a puppy nevertheless.

Indy Author Talk with Maggi Craft
I Am A Book Loving Dork
Published September 4, 2014
(Click on the icon for full article)