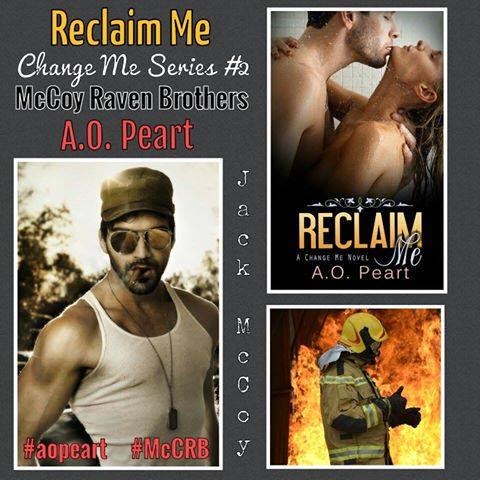 Meet Jack and Willow.
*please note - this is an unedited excerpt.

His expression slowly transformed from that of expectation to delight to relief. It was fascinating to me to see such a range of feelings from Jack, because the Jack I knew in the past has never seemed so candid.

“How about you, Jack?” I asked. It wasn’t a trick question, although it sounded like one.
He gave me a curious glance. “You wanna know what my motives are?”

Jack put his fork down and leaned back in his chair, stretching his arms behind his head with his hands clasped together, his expression changing again—this time to introspective.

His biceps bulged, stretching the short sleeves of his t-shirt. On his left arm was a tattoo that I only saw small glimpses of before. Now it was fully visible: beautifully stylized letters that read SEMPER FIDELIS enclosed in a thin, long banner-like flag. It started somewhere on top of his shoulder and wrapped itself around his bicep, ending on the underside of it. As his muscles moved, the flag seemed to float. It was a fascinating, meticulously done tattoo.

I stared at it, mesmerized, knowing what it meant: ALWAYS FAITHFUL, the Marine Corps motto. There was so much about this Jack that seemed different from the Jack I knew. I started to realize that I wanted to understand who he became over the years. I wanted to know the person who sat in front of me. But in order to do that, I had to stop thinking of him as a violent, unpredictable teenager. Those years were long gone, and I had a strong feeling that this unfortunate part of his personality was eradicated for good. The only way to be sure was to keep my mind open, to observe, and investigate, and I wanted to do that—to find out who he truly was.

Jack was looking at me while I kept staring at his Marine tattoo, engrossed in my thoughts. “Willow?” his gentle voice brought me back to reality. He put his arms down and leaned over the table with his elbows propped on each side of his plate.

“I’m sorry. I got lost in my thoughts,” I said sheepishly.

He nodded. “I noticed. But you asked me a question, and I would like to give you my answer.”

This time it was me who put the fork down to fully concentrate on what I was about to hear.

“I’m not good with words, {Willow}, so it might be difficult for me to express what I want you to know. If there is anything you would like me to elaborate on, just say it.”

I started to feel anxious all over again. Maybe I feared what I was about to learn.

“I don’t want to let the mistakes of my past influence my future. And God knows how many mistakes I’ve made. The key is to learn from them, not to dwell on them, and definitely not to repeat them.” Jack expression was earnest, his brows knitted together, his bright blue eyes focused on me. “Does that make sense?”

“So you’re trying to get back on track.” I nodded.

“The truth is I’ve never been on right track in the past. Quite the opposite—there has never been track to get back on, so I had to invent it and own it. I think I got it now.” These weren’t just some fancy words. They were spoken from his heart.

His smile was genuine and gentle, but there were some underlying strong emotions in his eyes. I saw anguish and regret. He looked away for a moment as to compose himself, and when our eyes met again, there was also pain and a flicker of embarrassment in them.

That, in turn, triggered a downpour of my own feelings: the sadness about our long gone love, the uncertainty for the future, and the confusion about what I really felt and wanted now. Fortunately for me, I wasn’t eager to explore them at this very moment. I required time to fully understand and prepare myself for what I needed.

I smiled at him. “For someone who’s not good with words, you explained it pretty well.”