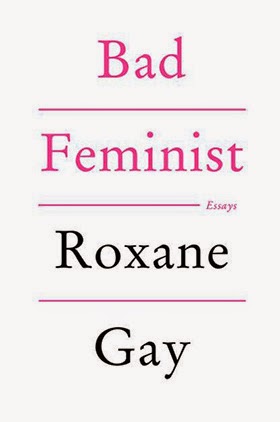 A collection of essays spanning politics, criticism, and feminism from one of the most-watched young cultural observers of her generation, Roxane Gay.

“Pink is my favorite color. I used to say my favorite color was black to be cool, but it is pink—all shades of pink. If I have an accessory, it is probably pink. I read Vogue, and I’m not doing it ironically, though it might seem that way. I once live-tweeted the September issue.”

In these funny and insightful essays, Roxane Gay takes us through the journey of her evolution as a woman (Sweet Valley High) of color (The Help) while also taking readers on a ride through culture of the last few years (Girls, Django in Chains) and commenting on the state of feminism today (abortion, Chris Brown). The portrait that emerges is not only one of an incredibly insightful woman continually growing to understand herself and our society, but also one of our culture.

Bad Feminist is a sharp, funny, and spot-on look at the ways in which the culture we consume becomes who we are, and an inspiring call-to-arms of all the ways we still need to do better.

This is one of the most fun reviews I have ever done. I generally only read fiction for review, but when I read the description of the book on Edelweiss I had to grab it right up! Some of the stories are hilarious. Some are kind of heart breaking. I love that no topic is off topic. Anything goes, and Gay is very candid in her story telling.

I know that Roxane Gay has a fan for life in me, and one day I would love to just sit and have a conversation with her.

Roxane Gay’s writing has appeared or is forthcoming in Best American Mystery Stories 2014, Best American Short Stories 2012, Best Sex Writing 2012, A Public Space, McSweeney’s, Tin House, Oxford American, American Short Fiction, West Branch, Virginia Quarterly Review, NOON, The New York Times Book Review, Bookforum, Time, The Los Angeles Times, The Nation, The Rumpus, Salon, and many others. She is the co-editor of PANK. She is also the author of the books Ayiti, An Untamed State, Bad Feminist, and Hunger, forthcoming from Harper in 2016.