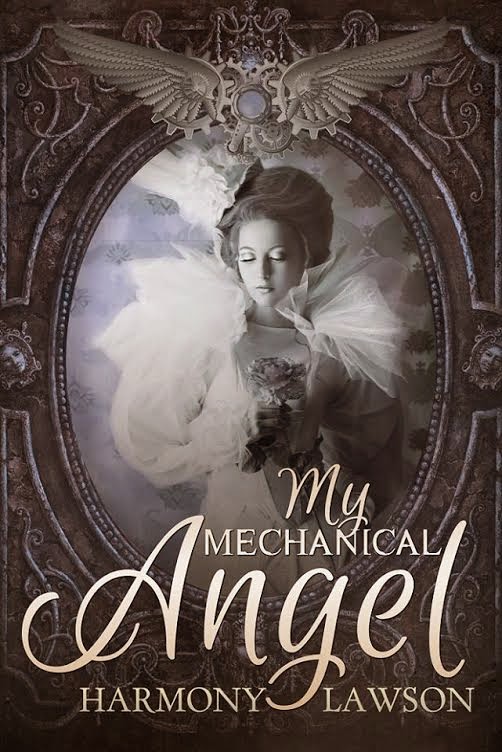 Synopsis:
The small Wild West farming community of Whitcomb was afraid of Seraphton, the shining metropolis that lies along the horizon. Reverend Archibald preached that the city was forbidden, an abomination to the world, and evil demons lurk inside despite the celestial name. Emmaline had a feeling there was more to Seraphton than the Reverend let on. Emmaline Fortenbury had always felt out of place in Whitcomb and wondered if Seraphton was really like he said. He preached like he held a grudge. What were the secrets of Seraphton and how did it connect with Reverend Archibald?
Then a stranger comes to town and the meeting changes her life. Aleksander Galloway was feared by the townspeople, but she found him fascinating. She wanted more out of life for herself. She wanted the chance to explore the world, and he seemed to be the man to help her. He had silver metal wings and a mechanical eye. He was handsome in a way that wasn’t like the townspeople of Whitcomb. He was sophisticated, educated, and very interesting. How can their love grow when their two towns collide? Can their love bring everyone together for peace? 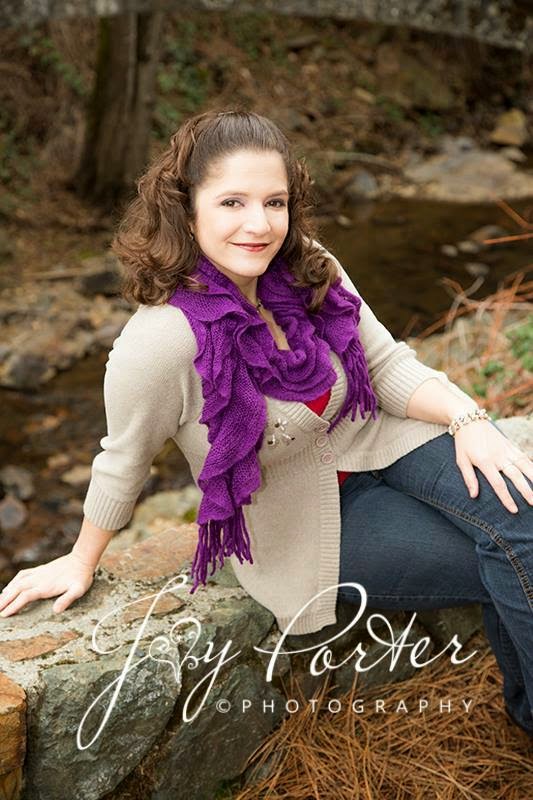 Harmony Lawson was born on a naval base in San Diego, California. Currently, she and her family live in Northern California in the foothills of the Sierra Nevada Mountains. Her education is in drawing, painting, and writing. When she read her first romance novel at age 16, she became a hopeless romantic.

Harmony is fascinated by angels, and she incorporates research in angels, the Nephilim, and fallen angels into her fictional stories. Many of the descriptions in her books reflect actual documentation found in religious documents.

While she has endured many hardships in life, she believes life will be better tomorrow. Life has its ups and downs, trials and tribulations, and Heaven and Hell. She believes the bad times are a test to prove a person's worth. Her books reflect on that concept.

A little something extra about me:
I write fantasy/romance for young adults...seems to be the voice that fits me the best. My first book "Apocalypse of Angels: Seeing Angels" was published January 2013 (It was published under a different name in 2009 through iUniverse-the company wasn't working for me)...and I'm told I'm doing well for a first time published author---but I'm still learning the industry. I'm currently halfway finished with the first draft my 3rd novel (8 novels planned all together: not all are in the series: and my ideas keep growing). I've also dabbled a little with children's fiction, I've written and illustrated 3 stories, they aren't published as of yet. I've been writing since I was 16 (poems mainly) and dabbling in art since I was 4. I started writing seriously when I was 20. Most of my experience is self-taught but I have taken correspondence courses for writing children's fiction and I've taken several classes for art. My series was mentioned in the Sacramento Bee in May 2013 and I've been interviewed on our local radio station, KNCO.
Links:
http://www.goodreads.com/book/show/17249232-apocalypse-of-angels
http://www.amazon.com/dp/1938634012
http://www.amazon.com/-/e/B00AZCNXNE
https://www.facebook.com/MyMechanicalAngel
https://www.facebook.com/pages/Harmony-Lawson/1416616748587656

“Who’s there?” I say trying to keep my voice calm.
No answer.
“If someone’s there, you’d better let me know,” I call out in a warning tone. I almost sound like Ma for a minute. I can’t help but smile at the thought. “I’ll go get my Pa’s gun!”
Still there is no answer. Maybe it is all in my head, and it is just the wind of the storm blowing things around. I turn to leave, but I’m stopped by an unknown voice that sends a shiver up my spine.
“Good evening, miss, and please don’t get your Pa’s gun,” his voice is soft and calming. I am not afraid of this voice. I grab a pitchfork just in case. I’m not dumb. A girl needs to be cautious. I turn around to see where the voice was coming from.
“You just come out of the darkness, and we shall see.” My voice wavers a little bit, but I hold the pitchfork and try to keep it steady. I don’t want him to see me shaking. I’m not sure if I’m shaking from fear or from being chilled. He is a stranger, after all. I’m not used to having strangers around.
He steps out of the shadows and into the light of the lantern. His dark features are beautiful and instantly has me enthralled, and I know where he comes from. His skin is pale and seems to glow in the lantern light. The light is casting strange shadows on his face. He definitely isn’t from anywhere around here. I’ve been raised to believe the inhabitants of Seraphton are devils, but this tall gentleman looks anything but normal. His dark brown hair is styled in a short spiky way. He is wearing a blue shirt, a shiny black vest with black pants with silver zippers all over, and black leather boots. He looks quite soaked from the rain. One glance from his dark eyes makes my heart do a flip-flop. There is something different about his eyes. And his silver metal wings on his back certainly interest me. How intriguing. I wonder if the wings are attached to his back. Who is this man?
Is this a coincidence or what? Here I am tossing and turning about Seraphton all night, and now one of its inhabitants is standing in front of me. Is this fate?
He steps closer, and I hold the pitchfork tightly. He stops and holds up his hands. “It’s ok, Miss. I’m not going to hurt you. I just crashed into your field, and with the strength of the storm, I had to seek shelter. My name is Aleksander Galloway.”