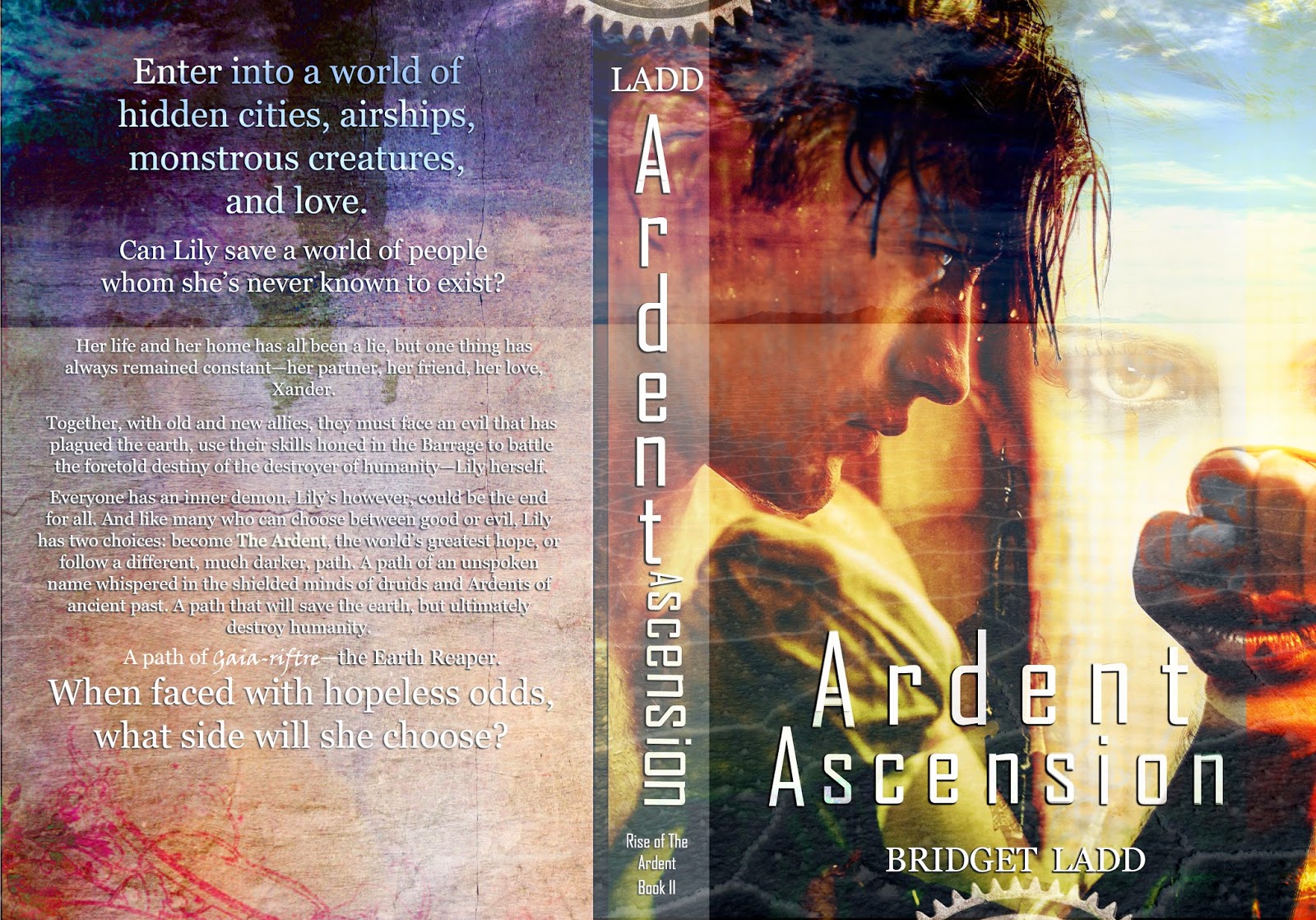 Enter into a world of hidden cities, airships, monstrous creatures, and love. Can Lily save a world of people whom she’s never known to exist?

Her life and her home has all been a lie, but one thing has always remained constant—her partner, her friend, her love, Xander.

Together, with old and new allies, they must face an evil that has plagued the earth, use their skills honed in the Barrage to battle the foretold destiny of the destroyer of humanity—Lily herself.

Everyone has an inner demon. Lily’s however, could be the end for all. And like many who can choose between good or evil, Lily has two choices: become The Ardent, the world’s greatest hope, or follow a different, much darker path. A path of an unspoken name whispered in the shielded minds of Druids and Ardents of ancient past. A path that will save the earth, but ultimately destroy humanity.

A path of Gaia-riftre—the Earth Reaper.

When faced with hopeless odds, what side will she choose? 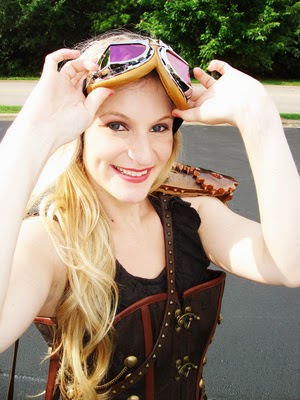 Bridget Ladd never quite grew up. She's most likely to be caught carrying a pocketful of souvenir rocks and shells (to the washer’s dismay) and gets excited over trivial things like colorful ponies and raiding tombs alongside her longtime favorite video game pal, Lara Croft. The smell of freshly turned dirt and the sea air are her favorites, and she isn’t above doing twirling spins barefoot in the grass on a beautiful day in her yard. Her books are her shields and she will admit to having her head in the clouds more times than she probably should . . . but she doesn't let any of this bother her too much, remembering her favorite quote by Le Guin, and knowing that the creative adult is indeed the child who survived.

Purchase The Lotus Effect on Amazon!

An improbable partnership. An unforgettable love.

Lily Emerson, daughter of the Head of Council and Mistress of Science, has lived a privileged life. It’s Lily’s 18th nameday, the day she is to follow in her mother’s footsteps, becoming the next Mistress of Science—the most powerful woman in all of City Prosper. The Architect and designer of Prosper’s future.

During the night of her Coronation, the corruption of the Council spreads before her . . . opening her eyes to the cruelty that resides in the Council, even within her own parents. Lily realizes now the title of Mistress only comes with superficial power, that to truly save the citizens—she has to fight.

Fight in the Barrage—the mechanical gladiatorial tournament in which one chosen pair of volunteers from each Sector fights, armor-clad and as a team, utilizing unique weapon specialties: the Gatling gun, the Cestus, Klaives, Crescent Knives, mechanically engineered beasts—in the hope to win the right to change the Law. A law that has remained unchanged since its creation almost eighty years ago.

The tournament that Xander, Engineering Blacksmith and Lily’s partner, believes she has no business being in.

But Lily’s different. And she sets out to prove just that.