The Maid of Milan by Beverley Eikli 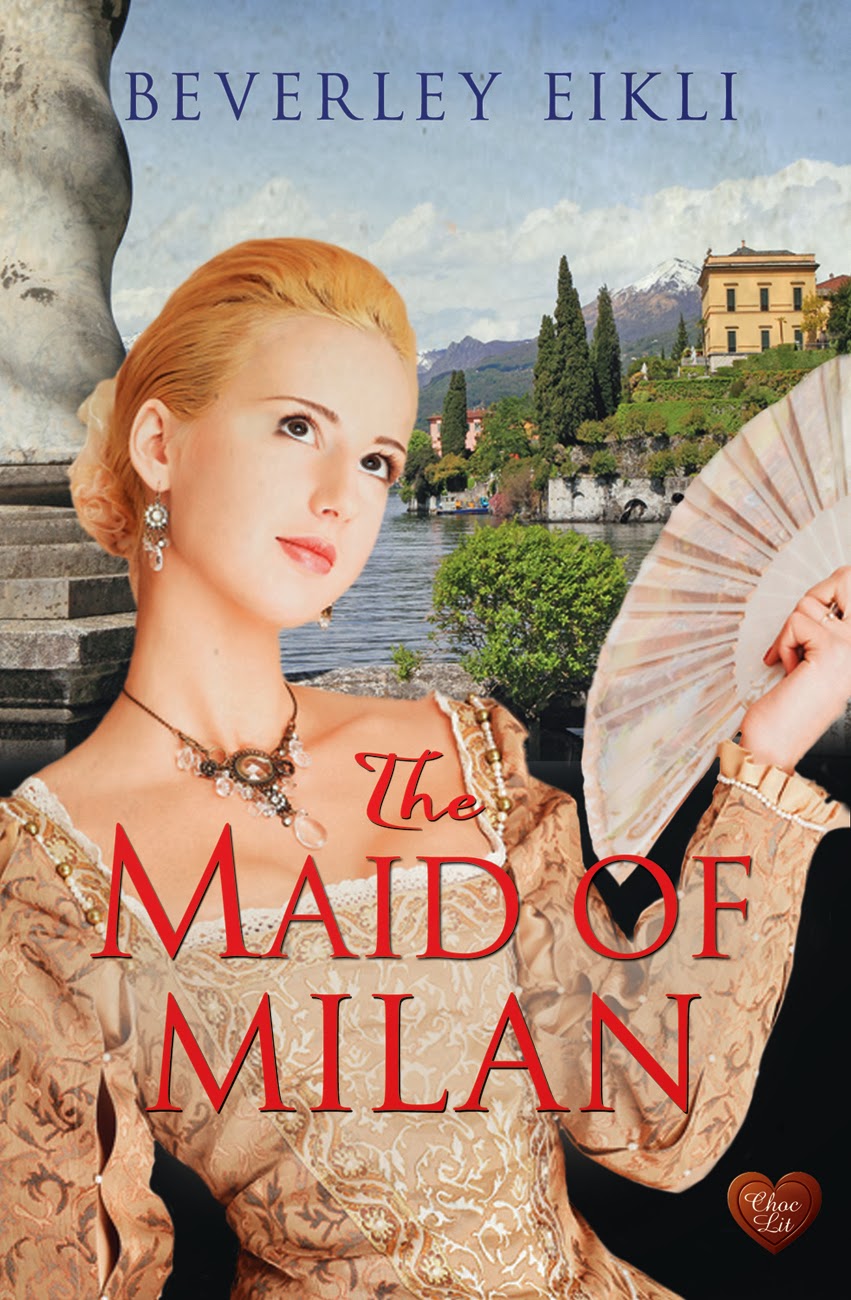 After three years of marriage, Adelaide has fallen in love with the handsome, honourable husband who nurtured her through her darkest hours.

Now Adelaide’s former lover, the passionate poet from whose arms she was torn by her family during their illicit liaison in Milan six years previously has returned, a celebrity due to the success of his book The Maid of Milan.

High society is as desperate to discover the identity of his ‘muse’ as Adelaide is to protect her newfound love and her husband’s political career.

It was not the name by which she knew him. Since inheriting the title, he’d won celebrity as a poet and become the darling of the gossip columnists. Adelaide’s mother couldn’t keep those snippets of the real world from her, though she tried.

James. Fifth Viscount Dewhurst. Adelaide closed her eyes against the afternoon sun and tried to block her last memory of him: desperate, pleading. Not the James she knew – the irrepressible charmer who knew no woman could resist him, least of all Adelaide.

Tristan must have misinterpreted her shocked silence for memory failure, for he squeezed her hand and repeated,  ‘Lord Dewhurst. I’m talking about my old friend, James.’ Very gently he added, ‘He and his wife were very good to you, if you remember.’

Her husband’s reference to her previous life was almost more painful than the reference to James, though panic quickly succeeded shock at his next remark.

‘James is coming to visit us? Here?’ She gripped Tristan’s arm tighter and concentrated on the path. One foot in front of the other, head down so she didn’t stumble on the stones that bordered the hydrangeas from the neat gravel walkway.

Tristan continued to talk in the measured, comforting tone he used when her equilibrium was unsettled. In the past he’d sought her reassurances that she was comfortable with his plans; that there was nothing he’d neglected to facilitate her comfort. Always Tristan put Adelaide’s feelings first. Not today.

Tristan was too excited at the prospect of seeing his boyhood friend to recognise her horror, assuming Adelaide would be delighted to play hostess since she’d foolishly voiced the desire just last week to entertain more often.

She remained silent as she walked at his side, contemplating her own strategy if this visit was a fait accompli. She just needed to know when, so she could prepare.

‘At the end of the week!’ She repeated Tristan’s calmly delivered answer to her question in the tone Black Jack, the South American parrot she’d owned in Vienna, used to mimic the death throes of a man at the end of the gallows. A good thing her husband considered Adelaide an invalid, that he’d misconstrue the flare in her eyes, the gasp as she pressed against the pain in her side – her heart?

‘Adelaide, you are discomposed. Perhaps I should not have invited James without consulting you, but I thought since…’ Concern clouded his kind blue eyes as he trailed off.

‘He was very good to me.’ She whispered the old litany. It’s what Tristan liked to believe.

‘He was. Shall we go back to the house?’ He stooped to cup her face in his hands, as tender with her as if she were another of his rare hothouse blooms. As if she might wilt at the suggestion of anything beyond the ordinary, the mindnumbingly mundane.

And yet today she more than wilted as she stumbled on the smooth, carefully raked gravel path. Her heart was in danger of tearing in half. James. Here, at Deer Park …?

She pushed away the fear, straightening of her own accord. Adelaide could be a good deal stronger than Tristan believed her. Than her mother painted her.

‘So silly of me,’ she murmured, smiling as she tucked her hand once more into the crook of her husband’s arm, firming her step, indicating with a nod that they continue their usual
morning walk. Minutely managed and predictable. Around the path that bordered the maze, over the little bridge and across the lawn, skirting the deer park beyond the iron gated border to the dower house where her mother would be waiting. Keeping up the pretence of recovery in  response to his troubled gaze, she added, ‘Really, I’m perfectly fine.’ How many times had she made similar reassurances?

Of course, she hadn’t been fine when Tristan had made her mistress of Deer Park three years before; a marriage offer she’d only accepted because she believed she’d be dead of grief within the twelvemonth. And if not dead, then at least free of her mother. Neither had happened.

‘So James has left Milan.’ She forced herself to say his name. It came out as a faint thread of sound. James. He needed to stay far across sea and land if she were to have any peace in this life.

‘James’s father died three months ago so of course he must return from the Continent and take up his responsibilities at Dingley Hall.’ Tristan stopped and put his hands on her shoulders to study her more closely. ‘Darling, you’re very pale. Perhaps we should call Dr Stanhope—’

‘No!’ She truncated the hysteria in her response, adding with commendable calm, ‘Please, let us carry on.’

Tristan was clearly not convinced by her assurances, but he returned to his commentary as they walked sedately through Deer Park’s beautiful gardens. ‘James’s standing has changed with his father’s death, and now that his book has become a sensation so have his fortunes. He’ll be  able to put to rights all that his father almost destroyed through his love of gaming.’ He gave a half laugh. ‘I’m told my old friend is nearly as famous as those fellows up in the Lakes. I daresay I should read The Maid of Milan before he arrives. Perhaps you’d enjoy it, Addy.’

The Maid of Milan. Dear God! An image of herself and James, naked limbs entwined upon a vast expanse of white linen tablecloth in the Villa Cosi after the guests had gone,  seared her brain.

No, she was getting beyond herself. James had continued living in Milan with Hortense, the wife he despised. Of course there’d have been other women after Adelaide had been dragged, screaming, from James’s arms. Adelaide could not be James’s Maid of Milan. Not after the terrible finale to their affair. In three years Adelaide had heard nothing from him. Nothing, except that one terrible, terrible letter … 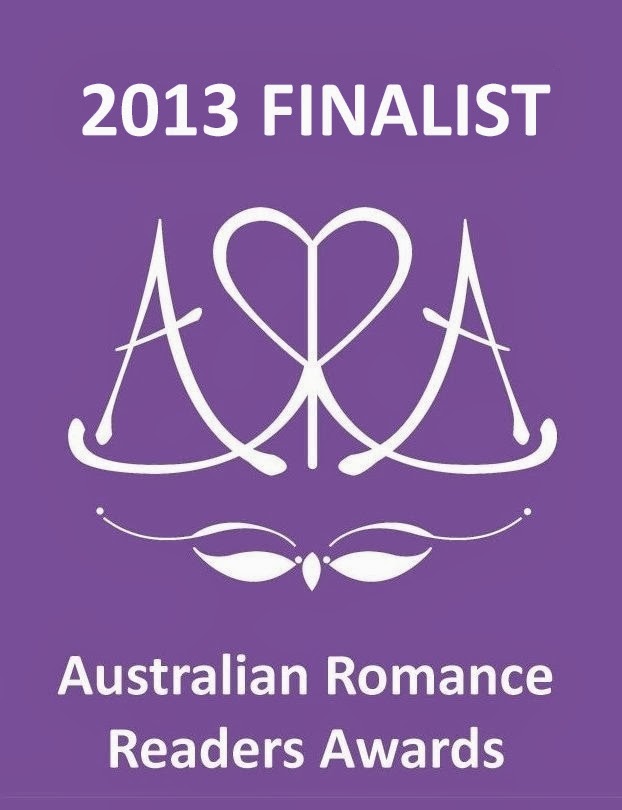 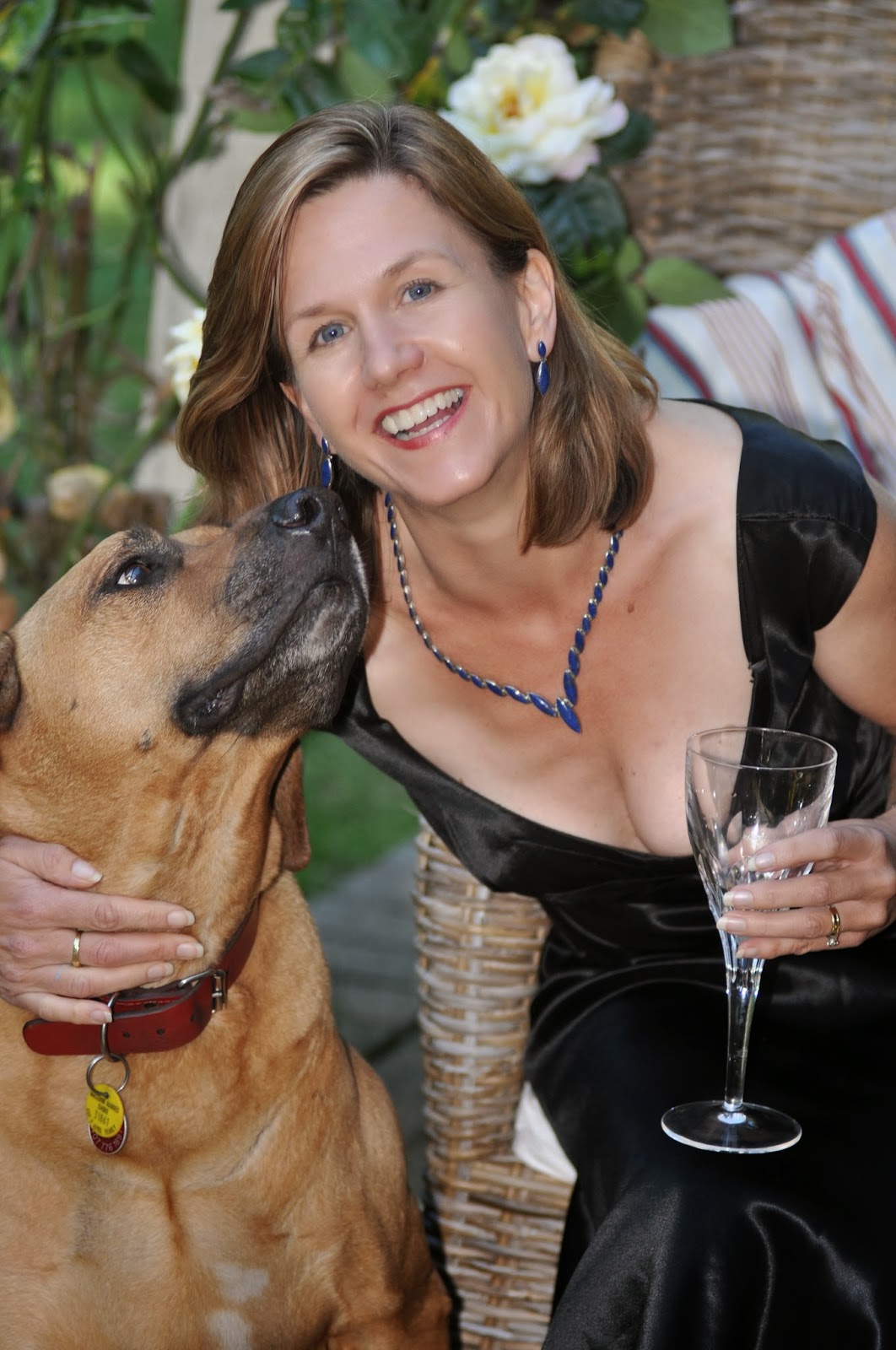 Beverley Eikli is the author of eight historical romances. In 2012 she won UK Women's Fiction publisher Choc-Lit's Search for An Australia Star competition with her suspenseful, Napoleonic espionage Romance The Reluctant Bride, which has just been shortlisted by Australian Romance Readers for Favourite Historical in 2013.

In 2011 she was nominated for an ARRA award for her Regency romance A Little Deception, and in 2012 for her racy Regency Romp, Rake’s Honour, written under her Beverley Oakley pseudonym.
Eikli wrote her first romance when she was seventeen. However, drowning the heroine on the last page was, she discovered, not in the spirit of the genre so her romance-writing career ground to a halt and she became a journalist.
After throwing in her job on South Australia's metropolitan daily The Advertiser to manage a luxury safari lodge in the Okavango Delta, in Botswana, she discovered a new world of romance and adventure in a thatched cottage in the middle of a mopane forest with the handsome Norwegian bush pilot she met around a camp fire.
Twenty years later, after exploring the world in the back of Cessna 404s and CASA 212s as an airborne geophysical survey operator during low-level sorties over the French Guyanese jungle and Greenland's ice cap, Eikli is back in Australia teaching in the Department of Professional Writing & Editing at Victoria University, as well as teaching Short Courses for the Centre of Adult Education and Macedon Ranges Further Education.

Pre-order The Maid of Milan at Book Depository and Amazon for March 15, 2014!

Be sure to leave a comment for Beverley!  She will award a $20 Amazon book voucher and a digital copy of The Reluctant Bride to a randomly drawn commenter during the tour.  The more you comment, the better your chances at winning, so follow the rest of the tour at the link below! 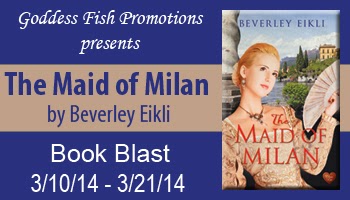