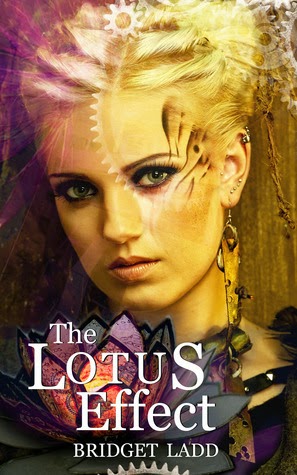 
An improbable partnership. An unforgettable love.

Lily Emerson, daughter of the Head of Council and Mistress of Science, has lived a privileged life. It’s Lily’s 18th nameday, the day she is to follow in her mother’s footsteps, becoming the next Mistress of Science—the most powerful woman in all of City Prosper. The Architect and designer of Prosper’s future.

During the night of her Coronation, the corruption of the Council spreads before her . . . opening her eyes to the cruelty that resides in the Council, even within her own parents. Lily realizes now the title of Mistress only comes with superficial power, that to truly save the citizens—she has to fight.

Fight in the Barrage—the mechanical gladiatorial tournament in which one chosen pair of volunteers from each Sector fights, armor-clad and as a team, utilizing unique weapon specialties: the Gatling gun, the Cestus, Klaives, Crescent Knives, mechanically engineered beasts—in the hope to win the right to change the Law. A law that has remained unchanged since its creation almost eighty years ago.

The tournament that Xander, Engineering Blacksmith and Lily’s partner, believes she has no business being in.

But Lily’s different. And she sets out to prove just that.

Bridget Ladd's writing is absolutely amazing.  Her world-building is superb to the point that when I went to bed last night I dreamed of City Prosper and all of the amazing characters that reside there.  I could not see anything, or hear anything, going on around me while reading this book.  It was as though the words literally turned to pictures.  I wasn't seeing the black and white of the pages, but amazing colors and faces, buildings and nature.  I have no words to describe this book other than fantastic and heart-racing.

Other than The Infernal Devices series by Cassie Clare (which are wonderful, by the way, but more supernatural and paranormal than anything else), I have never read anything remotely close to a steampunk novel.  I find this a great injustice to myself because I think I have discovered a new favorite genre (sub-genre?).  I think that is one of the many reasons I loved this story.  It isn't solely focused on one thing - sci-fi, fantasy, romance, etc.  The story isn't about the romance.  It isn't about the fantastical technology created by these people.  It isn't about a whiny girl that doesn't know her you-know-what from a hole in the ground... Thank the gods for that!  I get so tired of that type of main character in a YA novel.

She is no Bella Swan - too chicken shit to tell those around her what she really wants.  Lily doesn't just follow the herd and do what is asked of her.  She physically can't do it.  She stays true to who she is, deep in her bones, in her blood, in her DNA.  She starts out strong, and grows stronger - she does not start out weak and grow into someone who is bitter and angry.

Xander and Lily do not instantly fall in lust with each other and allow their feelings to complicate their situation.  They are not foolish with their lives and the lives of others by being selfish for their wants.  They push each other to a greatness that already resided within them.

Read this book.  Get it, and read it.  Right now.  Make sure you set aside an entire day, because you will not want to put it down.  You will take it to the toilet with you.  You will read the book while walking to the kitchen to refill your drink, and then grab a snack when you remember that you haven't eaten anything all day. This story draws you in and doesn't let go.  I've finished reading it and I'm still having a hard time letting go.  I cannot wait to see what Ms. Ladd has in store for us in Ardent Ascension! 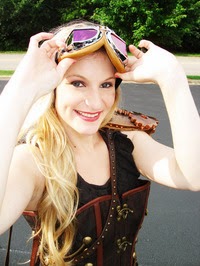 Bridget Ladd never quite grew up. She's most likely to be caught carrying a pocketful of souvenir rocks and shells (to the washer’s dismay) and gets excited over trivial things like colorful ponies and raiding tombs alongside her longtime favorite video game pal, Lara Croft. The smell of freshly turned dirt and the sea air are her favorites, and she isn’t above doing twirling spins barefoot in the grass on a beautiful day in her yard. Her books are her shields and she will admit to having her head in the clouds more times than she probably should . . . but she doesn't let any of this bother her too much, remembering her favorite quote by Le Guin, and knowing that the creative adult is indeed the child who survived.

As for her educational pursuits, she graduated with honors with a Bachelor of Fine Arts in 3D Computer Animation/Interactive Design and minored in Art History at East Carolina University. Living her life solely as an artist and illustrator after school was not enough—knowing that a picture was only worth a thousand words—she felt that she needed more. She had to get the trapped stories, the vivid, sometimes adventurous, sometimes terrifying dreams, out of her head. Like the authors, artists, musicians, scientists, peaceful warriors who inspired her, she too wishes to share her worlds with others, let them escape into the unknown. Let them know that like her, it's okay to be different.

She hopes to inspire at least one other soul. Encourage them to put their brush to the canvas, go outside and take the picture they so longed to capture, write the story or song that will blossom to life before someone else's eyes. Just as others had done for her, she hopes to create that one brilliant spark within another, to help bring more color to this sometimes ever graying world. This is her battle. What's yours?