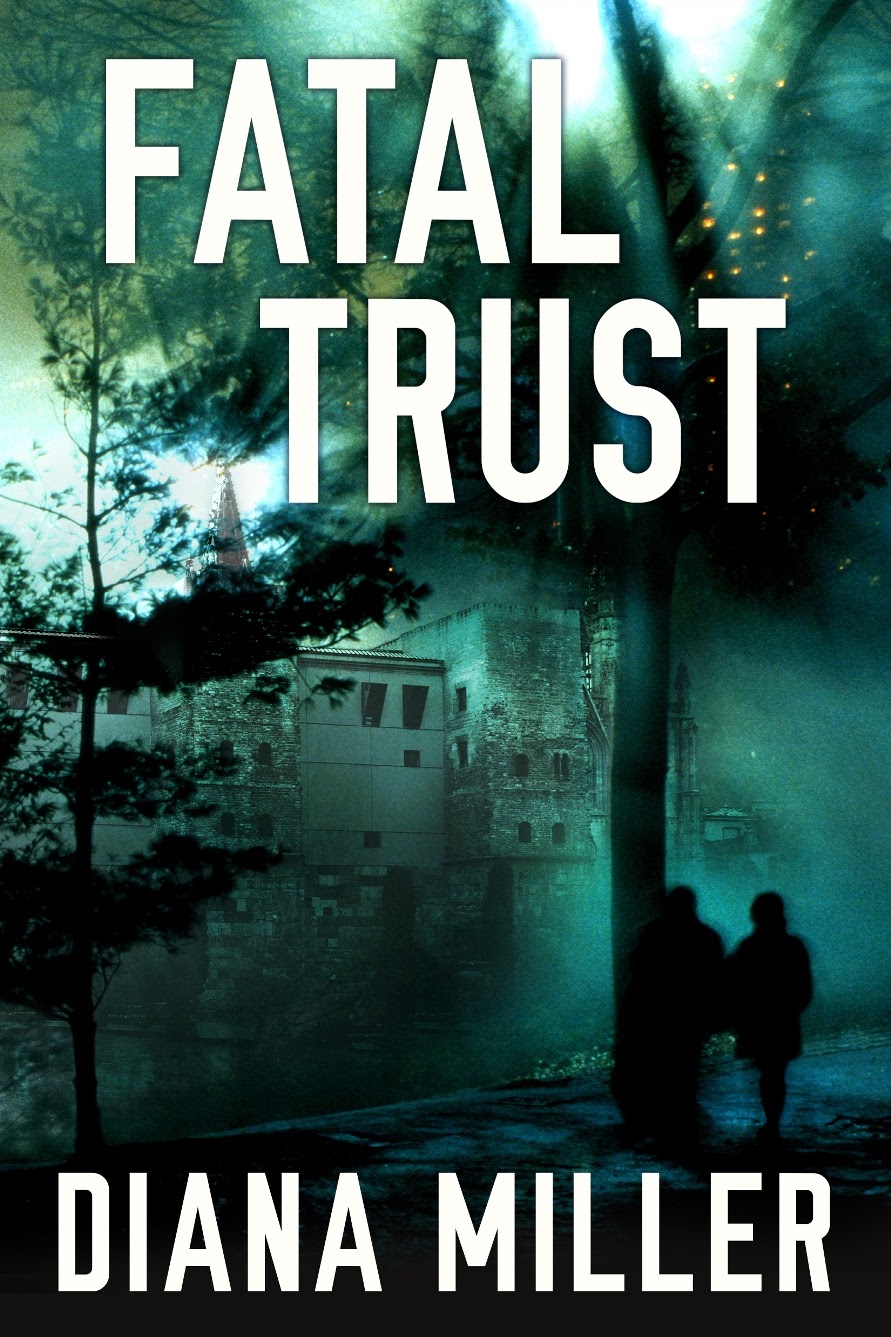 Stepping her perfect Jimmy Choos into place beside Ben Gallagher’s wounded Nikes, straitlaced Philadelphia lawyer Catherine Barrington is surprisingly unable to resist the disarming small-town mechanic’s charm. He’s one of the heirs to the vast fortune left by his eccentric grandfather Max, a bestselling horror writer, and she’s there to carry out Max’s last wishes. Routine enough…except that inheriting comes with a catch: none of Max’s heirs will get a penny until they’ve lived together for two weeks in the shadow-filled rooms of his mansion in the wooded hills near Lake Superior.

From beyond the grave, a letter from Max insists that his death was no accident, sending Catherine undercover—and way out of her comfort zone—to catch the killer. Posing as Lexie, Ben's cocktail waitress girlfriend, Catherine soon finds herself trapped with the feuding clan at the sinister Nevermore manor. To save her own life, she’ll have to confront the murderer, as well as her growing attraction to Ben—a top suspect.

Catherine woke abruptly, opening her eyes in the total blackness, her heart hammering. It must have been a nightmare, one she couldn’t remember even though it must have scared her to death. She glanced at the clock: 11:47. She closed her eyes again.

“I’m counting on you to find out who killed me.”

Her blood turned to ice. “Who is it?” she asked, unnecessarily, since she knew that distinctive voice.

“You know who I am, Catherine. Just remember the money is the key. Because I really was murdered.”

She was finally alert enough to think to switch on the bedside lamp. For an instant she swore she saw Max Windsor standing across the room by the dresser, studying her.

But it couldn’t be. She blinked twice.

When she focused on the spot by the dresser again, it was empty.

She’d been dreaming. That had to be it. Analyzing everything possibly relevant to identifying Max’s murderer—including the ghost appearances—had triggered a nightmare.

Except she was wide-awake now, and she was positive she’d been equally wide-awake when she’d seen Max and he’d spoken to her. But that was impossible. Max was dead, and despite what she’d suggested to Ben, she really didn’t believe in ghosts. So what had just happened?

Of course. She hopped out of bed, stormed to Ben’s room, and pounded on the door.

“What?” he asked from behind her. He was dressed in a black T-shirt, jeans, and Nikes. She caught a whiff of motor oil.

“Where have you been?” she asked. 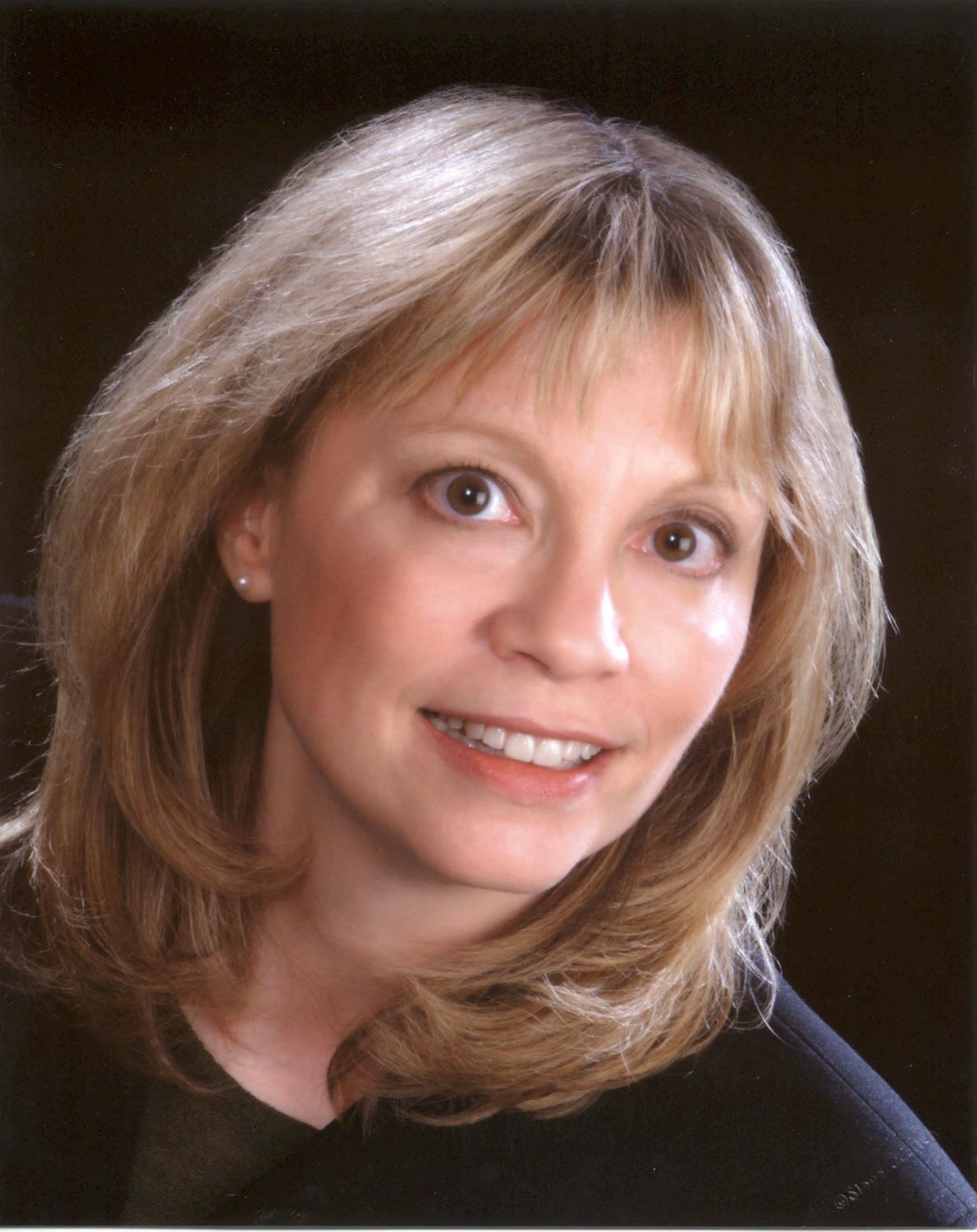 When she was eight, Diana Miller decided she wanted to be Nancy Drew. But no matter how many garbage cans she dug through, conversations she “accidentally” overheard, and attics she searched, she never found a single cryptic letter, hidden staircase, or anything else even remotely mysterious. She worked as a lawyer, a soda jerk, a stay-at-home mom, a hospital admitting clerk, and a conference host before deciding that the best way to inject suspense into her otherwise satisfying life was by writing about it.

Diana is a five-time nominee for the Romance Writers of America Golden Heart Award, including for Fatal Trust, and won a Golden Heart for her debut novel Dangerous Affairs. She lives in the Twin Cities with her family. 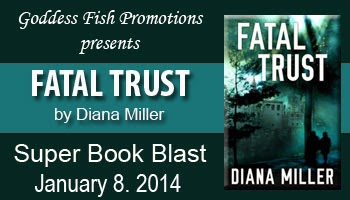 Please note: I realize the date on the graphic is not January 11, 2014.  Due to the weather I was unable to make quite a few posts.  My sincerest apologies, and be looking for posts over the next few days that will more than likely also have incorrect dates!