My Boyfriend is a Zombie by Elita Daniels 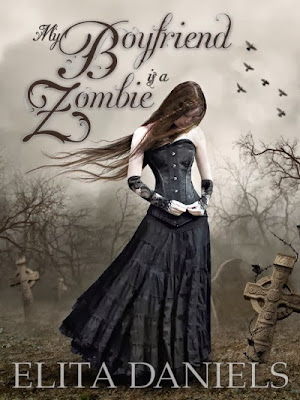 
Does the heart still ache for love after it has stopped beating?

Life changes for 17 year old Victoria when she follows a strange man into the cemetery one afternoon and discovers him burying a secret next to a headstone. After an awkward beginning they are soon drawn to each other and begin an unusual relationship. Travis is a zombie. He takes her into the world of Black Hollow a place that offers a second chance for the deceased. Victoria knows Travis can never offer her the life a normal young man could but gradually she starts to realise that if they can just overcome his existential crisis and kept him from falling apart they could share a life she'd never dreamed in a world she could never have imagined. Only she thinks she might be being haunted by the dead bride of Travis's best friend, who has his own set of dangerous secrets locked away in an old garden hut.

I was really excited to review this book.  The idea was original and there were so many places the story could take the reader.  However, it ended up falling a little short for me.  Ultimately, I decided to give this story 2 stars, and here is why:

While I generally do not review a book based on the editing, this book seriously needed another round of copy edits.  There were so many issues that it was distracting.

Travis was over 200 years old, and Daniels did a superb job grasping his personality based on the era he comes from.  There was absolutely nothing wrong with his character, I actually fell in love with his personality and his quirkiness.  What bothered me were the moments when Victoria would speak.  It was as though she came from the same era as Travis - before she had spent any real time with him, so it was not just a case of her picking up some of his mannerisms.

I know that the majority of books in the Young Adult genre (regardless of the subcategory, be it dystopian, paranormal, contemporary, etc.) have the romance/love triangle element.  It is almost a given, and if it is not part of the main plot it is a pleasant surprise.  But when it came to the love triangle in this story, I was reminded of Bella in Twilight.  Very naive and controlling, but at the same time she allowed others to make her decisions for her.  Near the end of the story I got really excited because she did the unexpected, but it was kind of where I was hoping she would go (I really felt that her relationship with Travis was very unhealthy), but as with most YA novels, it needed to have a happy ending.  However, I was still okay with how the story ended - it wasn't all hearts and flowers, and because of the unhealthy relationship it will show girls that life is not a fairy tale.  Kuddos for that.  I would have liked it better if this story followed through with her decision at that point to show the younger audience that it is okay to end something when it is not healthy for you.

Some of the descriptions in the story were a bit corny and overdone.  For example: "The new moon, in cool height above the trees, rooftops, and clouds, lighted Victoria's way home."  While it wasn't necessarily a bad description, the new moon cannot light the way because it is blacked out.  The intimate scenes (don't worry for those parents out there who decide to allow their daughters to give this book a go - it is PG-13) were a bit awkward and uncomfortable.  They were described as follows: (not direct quotes) he brought his mouth to her mouth; his mouth was described as ugly-beautiful.  Considering the title of the book, we know that her boyfriend is a zombie.  Not everything associated with him is going to be swoon-ish.  It is one of the reasons I was so ready to accept this review.  I wanted something different that involved a girl falling in love with a boy because of who he was, not because he's, like, totally smokin' hot!!

Lastly, there were quite a few scenes that should have been cut.  One of the things I love about Indie is the fact that the author has total control over the finished product.  What is helpful, though, is having a good editor that will let you know when you have gone a little overboard and need to make some changes.  That is what a copy-edit is there for.  They dig deep down into the guts of a book and make the authors words shine.  This book took me 3 days to read, and normally a book will take me 1 day, 2 max.  There were instances when I had to force myself to sit down for a bit and actually continue reading.  It was just a bit too much.

Please do not take this review lightly, learn and grow from it.  I did enjoy the idea and the plot (for the most part).  The world building for Black Hollow was superb.  It reminded me a bit of Beautiful Creatures mixed in with Diagon Alley from Harry Potter (Do not lynch me if that is spelled wrong - I have shamefully not read the books).  The idea of zombies thinking for themselves, exercising their brains so that they can continue to be in control of themselves was just an amazing idea.  Zombies with feelings and were lucid, and not just mindless corpses in search of brains.  It was unique and I loved that.

Something else that Elita Daniels excels at is action.  Every single action scene in the book had me sitting on the edge of my seat.  She wrote in a way that I could not tell who was going to come out the victor.  It was genuinely suspenseful.

Also, I did not check the front matter to see who designed the cover, but I love it.  So many indie covers are the same, and I absolutely loved this one.  It is as unique as the story itself.

This idea that Elita Daniels has come up with has the potential to become something huge.  There is something missing in the YA market, and regardless of Warm Bodies (which is a completely different concept of zombies than this book), this story could be the one to fill it.  It touches on different aspects of the paranormal genre, and even those touches are unique.  My suggestion is finding another editor and have them dissect the story for you.  Find some beta readers - not your close, personal friends, unless you can trust them to be honest and not just tell you how fabulous it is because they do not want to hurt your feelings.  Beta readers can be great if you find some good ones.

I will say that if the author takes my review seriously, and does an overhaul, I would be more than happy to read the story again; like I said, it can seriously be a best seller. Good luck, Elita, and congratulations on being one of the few authors out there that have come up with something completely original and went for it. I do see you going to some great places, you just need a little bit of help to get there. 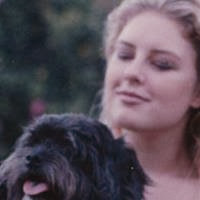 Elita Daniels was born in the early 1980's in North Queensland, and was raised (and still lives) in the historical gold city of Charters Towers. She started writing at age twenty-five, writing late at night when the house was quiet.

She aspires to move with her husband to a nice sized property located in a cooler climate, get a couple of dogs, and see "Tree of Life" made into a movie.