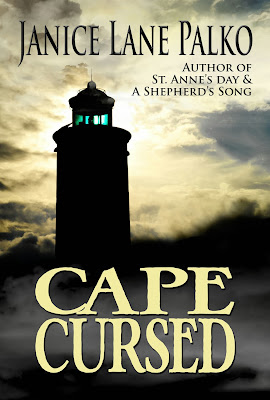 Bliss Sherman doesn’t believe in curses—that is until she arrives at Cape Destiny, North Carolina.  Bliss comes to the cape determined to make a name for herself and her new firm by accomplishing an incredible engineering feat—moving the Cape Destiny Lighthouse inland before it's swallowed by the Atlantic Ocean.

Bliss, who has struggled with dyslexia, discrimination, and betrayal by her ex-husband and former business partner, Jonathan, faces her greatest challenge when she falls in love with the handsome, mysterious descendant of the lighthouse keepers, Parker Swain, who is vehemently opposed to the lighthouse’s move.

When someone targets Bliss, she begins to wonder if the curse that is rumored to be attached to the lighthouse may be true.  Who is sabotaging her dream?  Who is trying to harm her?  Who wants to kill her?  When all clues point to Parker, she dismisses her suspicions, deciding to trust him and her heart.  But as the evidence mounts against Parker, she begins to doubt not only herself and her heart, but also Parker.

A romantic suspense with all the seaside moody romance of du Maurier’s Rebecca and the spine-tingling thrills that keep you turning the pages, Cape Cursed casts a spell of sensuous deception and seductive danger. A Category 5 of a romantic suspense novel, Cape Cursed barrels in packing a surge of suspense that knocks you off your feet and a blistering romance that sweeps you up and carries you away.

For the most part I enjoyed this book.  The mystery was decent, though I had pegged who the psycho was before the middle of the story.  Do not let that deter you from reading though, I have a knack for figuring things out in books and movies - I am more pleasantly surprised when I cannot figure out the Big Bad.

First, I love the name Bliss, and I really enjoyed her character.  It would have been easier to relate to her if I were biracial, but Palko was able to get across the feelings that Bliss had with regard to her hardships because of it.  Second, I loved Parker.  More so than Bliss.  He was a definite Southern gentleman that any girl would fall for.  In fact, his character was more believable than Bliss.  She seemed too naive to have gotten where she was in her career.

There were parts in the book where the author tried to throw the reader off of the Big Bad's trail (as I said it was pretty easy to figure out who the Big Bad was - so I understand why she did it), but it was a very unrealistic attempt.  Sort of.  I think that with Bliss being as naive as she was, I could see why she believed what she did, but I had a hard time believing Bliss to be that naive.  Again, this was because of her success with her business.

I have to add that once we get to the big reveal I was on the edge of my seat.  That was, by far, my favorite part of the book.  Palko writes the suspense aspect very well, and the way that she uncovered the underlying issues with the Big Bad was amazing.

I will not read this book again, but there are quite a few people that I would recommend it to.  Palko has great potential and I would actually read more of her work as she progresses as an author because I can see her going far.

Side note:  I love the cover.  It is so nice seeing a cover that is not a face, or a headless naked body.  Covers like this speak to me much more loudly than those of chiseled abs.  Don't ask me why, I'm not really sure. Maybe it's because everyone seems to be doing the same thing?

Bliss walked into the Beach Mart.  June, who was arranging cartons of cigarettes behind the counter, looked up when the bell on the door jangled.

“Hello, June.  How are you today?” Bliss said as she walked up to the counter.  “As you can see, I need something for this sunburn, and I came to pick up a prescription.

June shoved a carton of Marlboros into a vacant space and turned to Bliss.  “Well, if it isn’t the celebrity herself.  Fancy a star like you gracing the Beach Mart.”

Bliss chuckled.  “I like keeping in touch with the little people.”

June leaned over the counter and exclaimed.  “Did you know you were all over the news last night?  Why, my sister-in-law out in Phoenix even saw you on the national news!”

Bliss smiled, “Oh, I’m quite the media darling these days.”

June smiled knowingly.  “I hear tell it you’re not only their darling but somebody else’s as well.”

Bliss stared at her.  “What are you talking about?”

She looked up into the air.  “Oh, a little birdie told me that somebody didn’t come home last night.  Spent the night at the Keeper’s House with one Parker Swain.”

“How do you know that?” Bliss asked, astonished that not only was she the center of attention around here, but she was being spied on.

“Oh, some sissified fellow, with a split lip, came in here looking for some bandages and an ice pack.  Told me he got into a scrape this mornin’ with Parker Swain over a woman.  Josh Mooney, my cousin, is the night desk clerk at the Destiny Cove, and he said there was a frantic woman who called all night trying to get in touch with you.  She looked at Bliss with the satisfaction of Miss Marple after solving a case.  “Now, I wonder where you were last night?”

Bliss blushed, making her sunburn more vivid.  “Nothing happened.  It was completely innocent.  I passed out from the heat, and Parker found me.  He gave me water and dinner.  I fell asleep on his porch swing.” 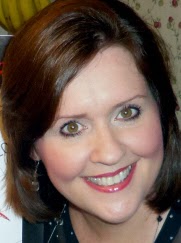 In addition to Cape Cursed, Janice Lane Palko is the author of the romantic comedy St. Anne’s Day and the Christmas novel, A Shepherd’s Song.  She has been a professional writer for nearly 20 years.  During her career, she has written everything from greeting cards to web content and has taught several classes at the local community college including Building English Skills to Creative and Memoir writing.

She is currently on the staff of the website Popular Pittsburgh and has been the executive editor of Northern Connection and Pittsburgh 55+ magazines, where she also contributed to the editorial content, writing her own column and numerous features. Palko has also been a columnist with the North Hills News Record.

A graduate of Union Institute & University with a B.A. in Writing & Literature, Palko has won several awards for her writing including the prestigious Amy Foundation Award of Merit. Her writings have also garnered accolades at the The Kent State Writer's Conference, and she has been selected as Writer of the Month by Oatmeal Studio greeting cards.

She is at work on her next novel, another romantic suspense entitled Most Highly Favored Daughter.

Purchase any of Janice's novels on Amazon, Barnes & Noble, or Smashwords!