The Woodlands by Lauren Nicolle Taylor 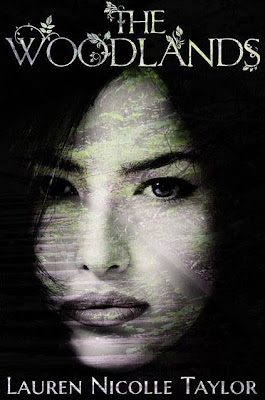 
When being unique puts you in danger and speaking your mind can be punishable by death, you might find yourself fighting to survive. Sixteen-year-old Rosa lives in one of the eight enclosed cities of The Woodlands. Where the lone survivors of a devastating race war have settled in the Russian wilderness because it’s the only scrap of land left habitable on the planet. In these circular cities, everyone must abide by the law or face harsh punishment. Rosa's inability to conform and obey the rules brands her a leper and no one wants to be within two feet of her, until she meets Joseph. He's blonde, fair-skinned, green-eyed, and the laid-back complete opposite of Rosa. She's never met anyone quite like him, and she knows that spells danger.

But differences weren't always a bad thing. People used to think being unique was one of the most treasured of traits to have. Now, the Superiors, who ruthlessly control the concrete cities with an iron fist, are obsessed with creating a 'raceless' race. They are convinced this is the only way to avoid another war. Any anomalies must be destroyed.

The Superiors are unstoppable and can do anything they want. After all, they are considered superheroes by the general public. But not everyone sees them this way. When they continue to abuse their power by collecting young girls for use in their secret, high-tech breeding program, they have no idea that one of those girls has somehow managed to make friends even she didn't know she had. And one man will stop at nothing to save her.

This is a great start to a very promising dystopian series.  Lauren Taylor has created a society that is quite unique and something I have not seen yet.  With so many authors breaking into the rising craze of the dystopian genre, it is wonderful reading a book who's author has weaved a world so original that you cannot even picture where in the world it is taking place until she tells you.  Absolutely refreshing.

There comes a time in the story where I thought that things were starting to look up for our main character, Rosa (whom I absolutely adore - she has got serious spunk), but as we all know, that is usually the part in the story where all hell breaks loose; and it does.  My heart was breaking for her!  The things that she was put through were awful and disgusting and vile and something that no woman should ever have to go through. I wanted to break in and save her.  But that is what I love about this story.  It is not all hearts and flowers and happy endings, and you know that it is not going to be like that from the first few pages.  This story is how a dystopian story should be.  Dark, ugly, and at times heart wrenching.

I have to stop here because there are so many different things that happen that I am worried I will end up giving something away.  The twists and turns were wonderfully crafted and I am very happy to say that I did not know what was coming throughout the entire book.  Not once was I able to figure something out before I read what was going on.  Kudos, Lauren (great name by the way), for keeping me surprised from start to finish!  I am really looking forward to reading The Wall and seeing how the story ends up in the third and final book (title TBA). 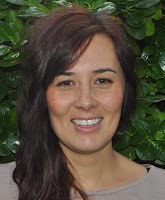 Lauren is a 33-year-old mother of three living in the tiny, lush hamlet of Bridgewater, South Australia. She has a Bachelors degree in Health Sciences, majoring in Psychology and minoring in Australian Contemporary Writing, with Honours in Obstetrics and Gynaecology.

After a disastrous attempt to build her dream house that left her family homeless, She found herself inexplicably drawn to the computer. She started writing, not really knowing where it may lead but ended up, eight weeks later, with the rough draft of The Woodlands.

She has now written the sequel to The Woodlands, titled The Wall and is currently writing the third book in the series.