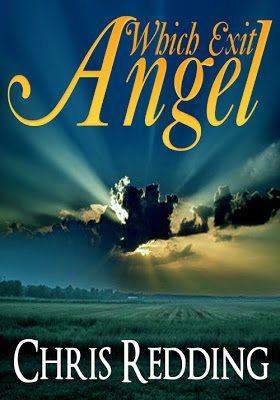 Angela Sky isn't an angel without her wings. Sunny Beach is a minister questioning his faith. What chance does the world have to survive if these two have to join together and stop the Apocalypse?

A bell rang, but Detective Angela Sky wasn’t getting her wings.
Not that she wasn’t due, she just hadn’t made the commitment yet. She’d get around to it, right now she had a murder to investigate.

She fished her Smartphone out of her pocket to see who had sent her a text message. That’s what had been ringing, well, dinging because she’d left it on the default sound for incoming messages. Dang technology. Harder to solve than most homicides.
Gabriel again. Sighing, she put the device back in her pocket. He’d have to wait. She pulled her shirt from her sticky back. Dang New Jersey humidity. The dog days of August in New Jersey was not her idea of a good time. She didn’t want murders of angels to take place at all, but she’d enjoy a cooler climate.  Even the sun going down hadn’t taken the heat out of the air.
The body in question had already been removed, but had there been a chalk outline it would have included wings.
Bunny Watts, the deceased, had received her wings more than a hundred years before. She’d been a guardian angel, but no one in Heaven or Earth seemed to know what she was doing down a dark alley on a humid Saturday night in the small shore town.
Another person had been there too and that someone had killed Bunny. It was Angela’s job to solve the crime. The way kidnappers crossing state lines were FBI jurisdiction, angels’ deaths were her bailiwick.

Chris Redding lives in New Jersey with her one husband, two kids, one dog, and three rabbits. When she isn't writing she's chauffeuring her two boys to activities and working per diem in her local hospital.

Make sure you leave a comment for Author Chris Redding!  She will be giving away a $10 Amazon gift card to a randomly drawn commenter during the tour.  The more you comment, the better your changes to win, so be sure to check out all the tour stops.  Click here to see the schedule! 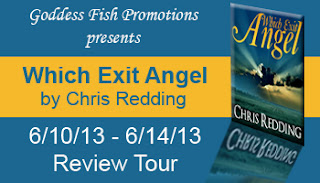