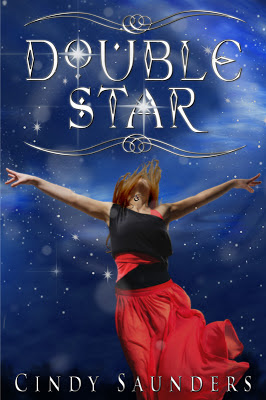 When Cepheus, a dark god, forces seventeen-year-old Ally Ashworth off an isolated overlook, she has no idea she's falling into his world, or that the necklace she’s wearing is actually a key—one with the power to ignite the next world war. But she’s carried beyond his reach and into the one place where he’s powerless... the forest of Gilgamesh.

Ally’s never been Miss Popularity, but her outsider status takes on new meaning when she’s rescued by Liam Cheveyo and his peculiar friends. After seeing them shape-shift into their freaky animal counterparts, Ally smacks hard into a few truths—magic really does exist and, although getting there took no effort, finding her way back might be impossible.

Feelings between her and Liam begin to grow along with the realization that, in this world, she’s stronger and better... until she’s caught in a trap set by the creepy spider-boy Cepheus sends to retrieve her. But Ally’s not going down without a fight, not after learning the horrible truth about the passageways.

The survival of both worlds depends on it.

This was really an interesting story.  It seemed to take a while to get into the story when I started reading, but after a few chapters the story started unraveling and I could not put it down.  It was such a different story to what I have read in the past, and I loved it.  Ally is a fun heroine and she is so easy to like and Liam is such a big brother!  He is not Ally's big brother, but his mannerisms and attitude...  If you have an older brother you will totally understand what I mean when you read this book.

Double Star is full of action and self-discovery.  I love that the story is in the first person point of view of both Ally and Liam as well.  I feel like I got to know both of them so much better and was able to connect to the characters emotionally.  I cannot wait to find out what happens next.  Absolutely enjoyed the beginning of this potentially fantastic series.

I do have some theories about what is going to be discovered in the next book, and I want to hear your thoughts about these as well!  Get your copy of Double Star on Amazon then come on over to my Facebook page and let's talk!

Where she was going didn’t matter. Where she was, she didn’t know. In this run for her life, her focus was to simply get someplace else.  Above, the limbs of the great pines held the stars hostage. The only light came from the two moons in the sky. Despite her silent pleas they continued to fall, barely visible through the thick cover of the forest. She knew the darkness concealed many secrets and, from that fact, there was no escape.

Snap. The sound from behind stopped her heart. She dared to turn around. Two glowing rubies, only feet away, rode up and down as the creature advanced on four legs.

Beware the red eyes. The boy’s whisper broke through. They are the eyes of death for you and the ones you love. They will not rest until yours are closed forever. His image played in her head for only a millisecond, but it filled her with courage. Her heart picked up pace and, with arms out at her sides, hands moving in frantic rhythm, she managed to stay on her feet.

She sensed each passing second could be her last when she heard the creature’s rhythmic breathing roll up from her heels. Just then, the red moon revealed an abrupt end to the forest a short distance ahead. In a few steps, her fate would be in the hands of gravity. Trust! That was her grappling hook as she threw herself over the edge and tumbled into the darkness below.

The beast followed down the steep embankment and stopped a few feet away. She got to her feet and allowed the wolf-like creature another step. Its red eyes stared up at her. The head dropped between its shoulders. Its weight shifted to its hindquarters. The muscles of hunter and prey simultaneously tensed. The animal growled and exposed a set of long, yellow teeth. Saliva fell in strings from razor-sharp incisors. Unable to move, she watched as it lunged, jaws open wide. She put her hands in front of her and took a step back. Her left foot fell upon air, and then ... she plummetedinto emptiness. 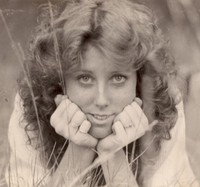 CINDY SAUNDERS was born in Lowell, MA. She moved to RI almost twenty-five years ago and now considers the Ocean State her home. She graduated from Bryant College with a Bachelor’s Degree in Finance. When she’s not reading, writing, spending time with her two teenage children (how did that happen?) or working, Cindy tracks down one of her favorite local bands and enjoys a glass of wine. She completed her first novel, Double Star, a YA fantasy, in October 2012 and is currently working on the second book in the series.

Double Star is her first novel.