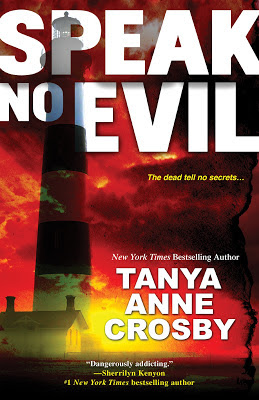 
Lifting the veil of secrecy on a grand Southern family in decline, author Tanya Anne Crosby explores the lives of Caroline, Augusta, and Savannah Aldridge, three sisters who share a dark past and an uncertain future…

Caroline Aldridge was surprised by the number of mourners at her mother’s funeral. Evidently the newspaper heiress who had caused her children so much pain was well-loved by everyone else in Charleston. Now she was gone, leaving behind countless secrets—and a few demands: Caroline and her sisters must live together for one year or lose their inheritance. And Caroline must take over The Tribune. But a killer is making headlines, and Caroline may have unwittingly stepped into the cross-hairs…

A series of kidnappings and murders resurrect the sisters’ memories of their brother’s disappearance as a child—and Caroline fears she may be next. Yet in the midst of her turmoil, she may be rekindling a romance she’d extinguished long ago. With Jack back in her life and the tattered bonds of sisterhood slowly mending, Caroline hopes the family can restore its position in Charleston society—unless a sinister force beyond their control tears them apart forever…

I loved this story! It was full of suspense, lots of mystery, and a dash of some sexy.  The entire time while reading this book I was trying to guess "whodunit," but in the end I was wrong... Or was I?

You see, once we reach the climax of this somewhat dark and twisty novel, it seems that all questions are answered. But I feel that there is more to this story than meets the eye.  Without getting too far into spoilers, there is a specific part in the novel where the main suspect confronts Caroline.  He asks her to stop harassing him because she is keeping him from doing his job.  I have a feeling his job is not murdering women.  I personally think that he knows who is doing it and may possibly be following this nut job around.

That is just my opinion on the matter, and I'm sure in the end I'm probably wrong.  But that's the beauty of a mystery!  There are so many different angles and unless you're an actual detective, which I am not, you probably won't know what's going on until it happens.

I had so much fun reading this book and trying to figure out all of it's secrets before it came to an end.  I read it in one sitting, in about less than 5 hours.  Such an easy read, and can I just say that the writing was refreshing.  Just ahhhh.  It's nice reading a novel and not having to figure out what that mixed up word was supposed to be.

You can bet the farm that I'll be reading the next installment.  Too bad it won't be around until SPRING!

Here's a little sneaky peak into the mind of a psychopath!

Make a left-hand turn instead of a right. . . and later you hear you missed a three-car pile-up. But you listened . . . and you’re safe at home, pouring a glass of wine and flipping through news channels . . . feeling superior because . . . you knew.

Everyone had them. Most people ignored them. Even in absolute innocence, a child knows when to be wary—they feel it down in their little pile of twisting guts—an “uh oh” feeling that sends them wailing after Mommy’s skirts.

She’d followed him anyway, wanting to see the turtle nest he promised to show her.

At some point, most people stopped listening to that inner voice.

Then one day, you’re thirty-five, you’ve got kids at home and gray hair peeking through a dye job, and you’re alone in a parking garage when a guy approaches asking for directions.

Maybe you think he’s cute, despite the scruffy, three-day beard and the hand buried in his hoodie . . . or maybe the color of his skin makes you feel guilty because your first instinct—your most primitive instinct—is to roll up the window and drive away.

That’s what predators like Donald Pee Wee Gaskins counted on: stupid people. Gaskins grew so bold he even purchased an old hearse, telling folks at a local bar he needed it to haul victims to his private cemetery.

No one believed him.

They thought the short little man with the gimp leg was perfectly harmless.  If they couldn’t find an idiot like Gaskins until he slipped up and tried to off a man for fifteen hundred bucks, they would never catch him. 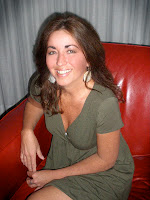 Tanya Anne Crosby has written seventeen novels, all of which have graced numerous bestseller lists including the New York Times and USA Today. Best known for stories charged with emotion and humor, and filled with flawed characters, her novels have garnered reader praise and reviews and she’s a five-time nominee for a RT Career Achievement Award. She lives with her husband, two dogs and two cats in North Michigan and grew up in Charleston, SC.


Buy Speak No Evil on Amazon and Barnes & Noble! 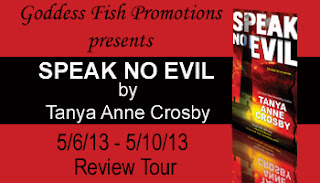