Review - Concealed in the Shadows by Gabrielle Arrowsmith 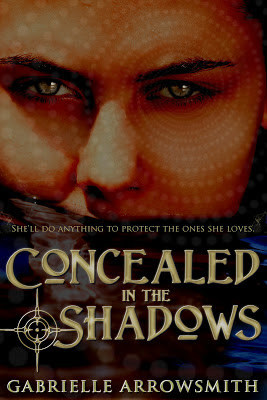 
Sydney Harter has long awaited September 12th, 2033—her eighteenth birthday. She can finally apply for guardianship of her sister, who is her only family and entire world. She hopes they will be lawfully reunited, but is prepared to defy authority and risk everything to escape the captivity of Miles County so that they can be together.

Escaping will be difficult and dangerous. Citizens are bound to their county by sophisticated chip implants that deliver shocks to those who dare to cross the electric barrier. Sydney is very clever, but her trickery is limited against the all-seeing eyes of technology. Even if they were to survive the escape, disappearing into the forgotten forests and towns of the past seems an impossible task.

What Sydney doesn't know is that she is the particular interest of two opposing forces. With deceit, fear, and warfare surrounding her—can she trust the party that aims to help with her fight against the other? Can she open her heart to receive and return unexpected love? When her sister’s life becomes jeopardized, Sydney will have to weigh a new love against the only enduring love she has known. The cost could be deadly…

How will she choose?


I was never a huge fan of Dystopian style novels until about a year ago.  Two amazing authors had me review their third novel which happened to be the first in a Dystopian YA series.  After that I decided to branch out a little bit and try out some other novels of the same genre and read The Hunger Games.  What I now love about these types of books are all of the many places the genre allows an author to go.  I have read many in the genre up to this point, and I have to say that Concealed in the Shadows has to be my favorite.  Gabrielle Arrowsmith has taken what our society obsesses over today - media - 30 years into the future.

The United States has completely changed after the third World War started, though no one seems to even realize that anything is going on outside of their own county.  Everyone is glued to their government issued tablets, which seem to have replaced the smart phone completely - Gasp!  What is most shocking is the way she created a society that revolves around information media so much so that they do not realize anything going on around them.

There is one specific part near the beginning of the novel where Sydney and her sister are traveling to their hostel, carrying luggage that is too large and heavy to navigate with themselves, and no one even looks up at them.  No one notices that two young women are struggling with anything - no help is offered, no eyelashes are batted in their direction.  This is the norm on the inside of the counties.  Now, without revealing too many spoilers, there is a section in the story that Sydney gets to experience what it is like to be on the outside.  She learns that humanity does still exist.  While walking down the street people actually smile at her.  Some stop and say hello or introduce themselves.

That is one of my favorite sides to this amazing story.  Arrowsmith paints a picture of what out world could actually turn into if we continue to rely on all of our technological addictions.  She really makes you wonder if this is where we can be in thirty years.

All of that aside, this book is wonderful.  It is very detailed, but not to the point it is over done.  I was hooked before I had even finished chapter one, which is something that usually does not happen for me.  I feel in love with the characters, each and every one of them - even the few who were a bit annoying (on purpose not because of poor character development!). And the cliff hanger!  Oh, the cliff hanger!  Of the many series I have read, the end of this story was by far the best ending we could have asked for; although many of you will more than likely be angry because it truly is an ending that leaves you sitting on the edge of your seat in suspense, just to be ripped away from the world you were drawn into without knowing what is going to happen.  I could not even guess what was going to happen throughout the entire book.

I cannot wait for the next installment of this series, which I am sure is going to be just as brilliant, if not more! 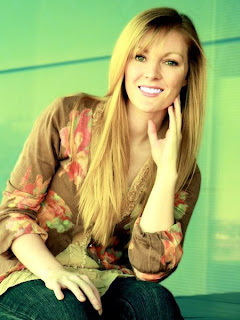 Gabrielle Arrowsmith was born to her loving mother, father, and older brother on August 16th, 1988. She grew up in the small town of Ham Lake, MN enjoying soccer, school, and adventuresome play with her brother and cousins.

As she grew older, her desire to write led her to fill many diaries and notebooks with her thoughts, poems, stories, and scripts. Her other childhood hobbies included reading, playing soccer, acting, and playing piano.

Gabrielle recalls high school as the time when she first believed in the worth of her writing. Her AP Language and Literature course both challenged and celebrated her craft. Aiming for perfection caused her to slave over her work, but only so much as to allow time for her other college-level courses, soccer, track, National Honor Society, and school plays.

From 2006-2009 she attended the College of St. Scholastica in Duluth, MN where she earned a degree in Elementary Education. Atypical of a college student, Gabrielle looked forward to writing papers in her various courses. Gabrielle played collegiate soccer for the Saints, held work-study positions, acted in theater productions, and volunteered often.

Since college, Gabrielle has enjoyed teaching third through sixth graders in various school settings. She is now substitute teaching in order to pursue her passion for storytelling through both writing and acting. She also continues to play and coach soccer

Buy Concealed in the Shadows on Amazon for only $3.99!