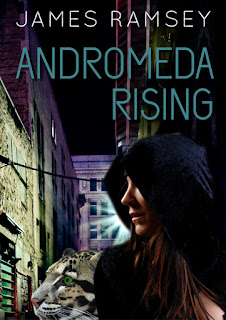 
I should have been paying attention. Growing up on the run from religious fanatics gave me more than a few good reasons to be careful, but I was just too tired to be as vigilant as I should have been. My mind was occupied with my latest case—a missing nine year old girl. I was usually good at my job, but sometimes I needed a little extra help from magick. I always managed to track down a cheating spouse or the occasional runaway, but now it seemed more children were missing from the streets of Seattle and nothing I did worked.

A cat jumped on my shoulder and jerked me from my exhaustion induced stupor. I spun into a defensive crouch only to see the cat had landed on the sidewalk behind me.

Time seemed to stop for a moment when the cat spoke.

My name is Jocelyn Matthews and if I live through tonight, I’ll tell you all about my life as a witch.

For the past ten years, Jocelyn has been living as a closet witch in Seattle. When the Inquisitors that have been after her from the time she was nine finally manage to find her, Jocelyn is thrust into a world she never guessed existed. From talking cats to dark elves, she'll have to do something she's never done before: trust someone other than herself. If she wants to find the children that have been going missing all over the city, she'll have to open her eyes to the bigger picture and find her place, not only for her safety but for the city as well.

This is a really fun, fast read.  It isn't a short book, but it was really interesting and James kept me hooked from start to finish.  Andromeda Rising is a fresh, new take on a paranormal world with a little sci-fi/fantasy twist.  Joss is no helpless heroine.  It is one of the things I loved about the story.  She has a good heart, always doing what is right even if it means she gets hurt or worse.  She puts others before her and ignores all prejudice and/or bias that she was taught.

I wasn't sure at first how I felt about the concept of her familiar (a cat) actually talking.  When I first read "RUN!" I had assumed it was a mental thing - like she was able to communicate with the cat because of her gifts.  Shortly after that we find out that as a familiar he actually talks (there is more to it than that, but I don't want to spoil anything!)

I was a little disappointed in the lack of romance, but in all honesty it wasn't a necessity with this story.  It's that good!  Kuddos go to you Ms. Ramsey for creating a story such as this.  I loved it and am dying to read the next book in the series.  I'm really crossing my fingers for her and a certain someone... Again.  No spoilers!  I have my theories though!

Have you read this book yet?  What do you think will happen between Joss, Teo, and Calean? 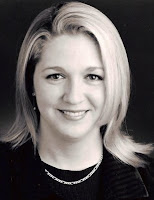 Often accused of being lost in her own world, James spends most of her time at home with her husband and a menagerie of animals.

She blames her love of the written word entirely on her Grandfather who owned a bookstore, feeding her addiction regularly. Cutting her teeth on illustrated fairy tales she quickly moved on to Farley Mowatt and Lucy Maude Montgomery.

Proudly standing in line till after midnight for five of the seven Harry Potter books she was the only one there without a child.

She is rarely found without a bag full of notebooks, iPods, and her Kindle.

James Ramsey will be giving away three signed copies of Andromeda Rising!

Book your tour or event with us today!