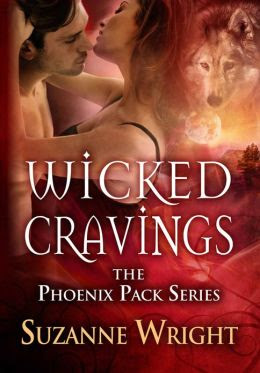 Despite having been besotted with Dante Garcea since she was a child, wolf shifter Jaime Farrow figures that it’s time to move past the crush. If he wanted her, he wouldn’t have ignored her flirtatious behavior, right? Hiding her intense attraction to him isn’t easy – especially now that they're part of the same pack again – but with bigger issues to worry about and with the submissive wolf act to maintain, Jaime is resolute on moving forward. Now if only the workaholic control-freak would let her…

As the pack Beta, Dante doesn't have the space or time in his life for a relationship. As such, he ignores his intense hunger for the willful – and sometimes crazy – Jaime. Yet when her flirtations abruptly end, Dante finds that he doesn’t like losing her attention. He finds something else too – Jaime's hiding something. Determined to uncover her secret, he sets out to break through her defenses, even though being around her intensifies his cravings for her. What he finds is a problem that Jaime is convinced not even a powerful Beta can solve.

I don't remember a time when I wasn't writing something, whether it was stories, poems, or even songs - though I can't carry a tune. I only have one rule when I'm writing a book which is that it has to have a happy ending. Other than that, pretty much anything goes. I write stories that I would enjoy reading and then I just hope that others will enjoy them too.

I was born and raised in England where I live with my husband (a person who doesn't judge me for hearing voices in my head - how often do you come across people like that?), my two demanding children, and my eight year old American Bulldog who still thinks he's a puppy. 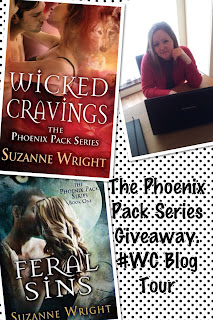 On to the Giveaway!