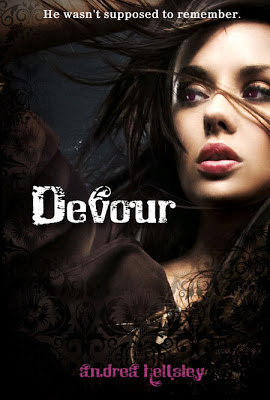 
He wasn’t supposed to remember.
Callie is a royal vampire. She hunts by taking the blood from her victims and erases their memories afterwards. She goes undetected until a victim named Chase approaches her with all his memories intact. He is intrigued and attracted. She is terrified. What happens when a human mixes with the immortal world?

Callie’s 18th birthday has passed and she is coming out at the annual blood ball. Will she find a mate or will she suffer the repercussions of her indiscretion? She is brought to the Vampire council and they must decide what to do with Chase. Do they kill him, or turn him to protect their secret?

While I did enjoy this book, it wasn't exactly what I expected it to be.  It seemed like it would have been a bit more suspenseful than it was, considering two peoples' (three if you count Cody, Callie's mate) lives were on the line.  The concept itself I loved - The council, trials, royal bloodlines, the mating rituals.  What I didn't like about it was the True Mate concept.  I loved that Callie was so independent, and I understand that under the circumstances she needed to focus on finding a mate at her coming out ball, but once she found him her entire personality changed.  I guess the way I would envision it myself is that since they were true mates their personalities would remain intact because they were meant to be together.  They wouldn't have to change who they are to appease the other in the relationship.

Something else I liked was that there was, for the most part, plenty of closure at the end of the book.  However, I still needed a bit more.  So many things happened that didn't completely finish (I'm hoping this is because there will be more books with these characters) I won't go too far into that because it would give quite a bit away about the plot itself, and it was a good enough book that I would recommend it to certain friends that I think would enjoy it.  If another book were to come out by this author I would read them because the writing itself wasn't bad.  There were a few minor formatting issues, but none that really distracted me from the story itself.

I’m a biologist turned writer. I write YA/NA paranormal romance books mainly. I’m the author of Devour and have several more books scheduled to come out later in 2013. I book blog for fun. I also have a strong addiction to caffeine and fruit snacks. You can find me in Tennessee with my husband and two Italian greyhounds.
If you ask anyone, I’m a total fangirl! I love the entertainment industry. I love Revenge and the Vampire Diaries on television. My favorite movies are Elektra and P.S. I Love You. I have a definite weakness for Tim Burton movies too. I’m beyond a huge fangirl for Shakira, both her English and Spanish music; Jack’s Mannequin comes in a close second. I have too many favorite authors to list, but Kelley Armstrong and Rachel Vincent are two of them. I’ve read all their books.


Stalk Andrea at These Sites