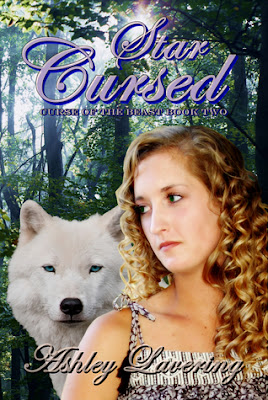 
Seventeen-year-old Tayla will never forget Beast’s fiery-venom spreading through her body like an infection. Now, with her best friend Chel’s help, she must find a human true love before the last petal falls from her enchanted rose or the full moon will transform her into a wolf forever.

But Tayla never expected that her biggest obstacle would come from inside—a wolf presence threatening to take her very soul. At every turn, the she-wolf exploits Tayla’s weaknesses and gains enough control to sabotage her dates. Tayla struggles to control her unruly wolf and her forbidden attraction to Beast. But can she resist his southern charm, the she-wolf’s attraction to his alluring scent, and still fall in love with a human?

Tangled in a web of wills, Tayla must risk everything to break the Curse of the Beast. With failure and possible death looming overhead, Tayla will do anything to find true love. But will one moon cycle be long enough to conquer her wolf and remain human? Or will she become a permanent member of Beast’s pack? Find out in the second installment in the Curse of the Beast series.

First, before you read Star Cursed, you should start with Curse of the Beast (Book 1) of the two part series.  These books are so wonderful!!  Very imaginative take on two very popular ideas: Werewolves and Beauty and the Beast.  It was not at all what I expected.  At first I didn't even realize that this was a twist on the ever popular (and my personal favorite) fairy tale.

You have your villain, who is also a senator's son.  You have our heroine, Tayla, who most of you would know as Bell.  And of course, "Beast."

I read both books in a total of two days.  They were very easy to read, very few errors in formatting/grammar.  They were written so well that I couldn't put them down.  I could literally smell the things that Tayla smelled and feel everything she felt.

Do not let the fact that you think you know the story of Beauty and the Beast keep you from this book.  It is a completely different idea that was only stemmed from the original.  It really was quite remarkable and I could read both books again and still have a hard time tearing myself away from them! 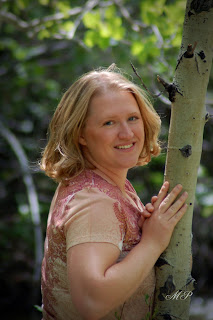 A nomad at heart, I currently claim Nevada as my home. I have a wonderful husband and two young children that put up with my “writing time.” When she’s not pondering a spell that will magically calm the ferocious winds that plague the air around her, you can find her, with notepad in hand, frantically jotting down ideas in those short moments between caring for her girls and working full time at the Elko Institute for Academic Achievement.

Art and science have always been my yin and yang. Throughout my college career, I shifted between the two, but in the end I graduated with a Bachelors of Mathematics and Science from the University of Wyoming.

Charging into adventures and discovering something new has always been a passion of mine, but as a teenager I used to run screaming from a reading or writing assignment. Looking back, the irony isn’t lost on me. Now you can’t catch me without a book in hand or without an open word document. Every time a new idea pops into my mind my heart races and my hand twitch to write it. In that moment, I have my writer's high and pray it will sustain me through thousands of hours of revision.


On to the Good Stuff 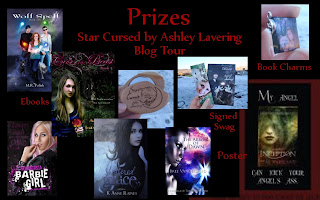 Click on the Picture to go to Lady Amber's Blog
and enter to win these prizes on the Rafflecopter!

Buy Curse of the Beast and Star Cursed on Amazon!