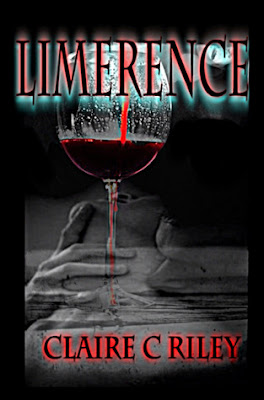 
One man's obsession could destroy them all.

Despite her love for her fiancé, Oliver, Mia Lawrence finds herself inexplicably drawn to Mr Breckt- the mysterious new owner of The Island. Her thoughts are constantly consumed with the handsome and powerful stranger.


However, there is much more to him than she realises, something dangerous and supernatural.

Mr Breckt is used to getting what he wants, and now he wants Mia, at any cost. With his obsession spiralling out of control, he knows that time is running out. A war is coming. Blood will be shed, and lives will be lost, but he will have to rid himself of his obsession of Mia before it’s too late.

Mia and Oliver must now fight the very evil that threatens to come between them. If either of them fails, it will be more than their love for each other that will be lost.

Ultimately, all three will have to make a sacrifice that will change each other’s destiny forever. But will it be the right one?

First, this book is seriously one of the best horror/suspense novels I have read.  Second, I loved that there was still splashes of romance, but it wasn't overbearing and irritating, taking away from the actual plot.  Bravo! I absolutely loved it!

Limerence, full of twists and turns, kept me guessing.  I couldn't figure out what was going on until it was revealed in the story, which is quite a feat.  I have a knack for guessing what the big plot twist will be, whether it is a book or a movie.  And what got me the most was the once we hit the plot's twist, I was so angry and heart broken; and then BAM!  She got me again!  I was fooled by Claire into thinking it was over.  I actually thought that I was wrong and that this book was going to be a stand alone novel, even thought I knew that it was the first part in a series.

I loved that while the largest portion of the book was written in the first person point of view of Mia, we actually get to see the inner workings of our resident villain.  It was wonderful reading his twisted and tormented thoughts.  It almost made me feel sorry for him.  Almost...  But he is all kinds of dark and twisty, and there is no amount of sympathy left after finishing the story.  I am curious though; it was obvious that he did love Mia, albeit a weird way to love someone (possibly the only way he knew how?), but there seemed to be more to it than just that.  Once they are with the Queen, it's as if he felt the need to protect her...  I can't really get too far into it or it really will spoil the whole experience of the story.  So, once you've read it (that is a must, btw), email me so we can discuss the possibilities. And yes, they are endless!

I am now officially a huge fan of Claire's and cannot wait to see what she comes up with next!  Best debut novel I have read! 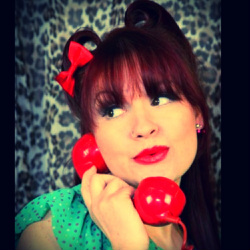 Claire C Riley, is a mother first, a wife second, but a writer at heart.

Her first novel, Limerence, is a sexy, supernatural romance. She has been writing this book for over two years- all-be-it only in her head!

It wasn't until September 2012 when she stumbled across the 'authonomy' site run by Harper Collins, that she decided to take the plunge and upload some of her work.

After some fantastic feedback, from some very talented writers, she wrote a little more. And then a little more still. Just over 100,000 words later, and Limerence was finally completed. It's a beautiful story, of love, lust and obsession, and the depths these emotions will make you sink to.  Claire likes to break boundaries with her writing, incorporating an old school style of horror and romance. Sexy and dark. (Think Bram Stokers Dracula, but for the 21st century!)

Claire is a mother to three amazing little girls who hold her heart. She hopes to make them proud, and show them that if you work hard and believe in yourself... then, as Cinderella once said... dreams really do come true.