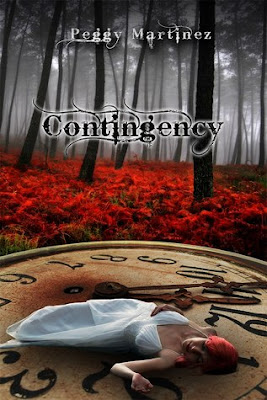 Eighteen-year-old Sage Hannigan wants to get back to her own time, preferably one that hasn’t been destroyed by an underworld plot brewing in Edwardian-era South Carolina. How hard can it be?

All she has to do is:

1. Learn to use newly acquired warping skills to bend time to her will.
2. Take out a few rogue vampires.
3. Join an ancient secret society.
4. Figure out who is putting the time stream in jeopardy.
5. Find and maim whoever invented the corset.

Sage never asked to be chosen by the Druid Priestess, Amerach, to become a Warper and she never asked to have the future hanging on her shoulders or to warp a hundred years into the past. She certainly never asked to meet Dr. Aldwin Blake, who would make her question her desire to get back to her own time. But if she fails her mission, people will die, history will change, and the present she wishes to return to will be no more.

I love when an author can take something that is so common, such as a paranormal genre, and make it all their own.  Peggy Martinez has done just that!  She's added a new "preternatural" element, called a Warper, that basically bends time and can time travel.  I like that the Warpers cannot control the time travel, though.  They are taken where they are needed, when they are needed - literally.

When I first started reading this book it seemed to be a YA novel, however, it turned out to be more of a Mature YA (some very mild sexual content - no graphic details, but enough to sate your wants between some of the characters).

I thoroughly enjoyed reading this book!  I read it in one sitting and cannot wait to read book two, Relativity, because I am dying to know what happened after the "cliff hanger" at the end of the story.  Don't worry, it's not a cliff hanger that is going to make you hate the book; but it will make you want to immediately buy the next in the series, because it's just that good.

Peggy Martinez is a homeschooling mom of one boy and four girls. She has been married to her soul mate, Omar, since January 2000. She enjoys reading, writing, soap making, all things aromatherapy, and Twizzlers- lots of Twizzlers. She dreams of one day owning a small homestead, raising some chickens along with her children, growing a large garden, and eventually taking a dream vacation to Greece. It isn't too far fetched to think you could happen upon her and her husband having a conversation about religion, political conspiracies, a zombie apocalypse, or gangster movies.