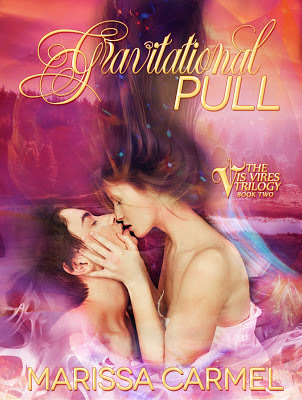 How do you move on when you don’t even know where you were going in the first place?

The Spirit Stalker is dead and I have finally started to erect my life. But I quickly discover, that just because the structure is built doesn’t mean the foundation is sturdy. As much as I try to manage my abilities, I can’t completely control them. The physical impossibility of the relationship I have with Justice has reached a boiling point; our fundamental problem is my inability to control myself from absorbing his power, and his fears of touching me because of it.

As if that wasn’t deal-breaker enough, a new threat looms on my horizon - Darklings.
They are grim reapers of the immortal world who surface every five-hundred-years to feed off the souls of magical beings who are weak, aimless, lost; those who have given up and want to move on.

They also hunt power. Which means, they’re hunting me.

Abandoned by the one person I need the most, I find myself in Melenia’s realm.  There, I’m courted by Siberian, a dangerous pixie who covets me, hunted by Death personified; all the while hiding my powers and my ancient bloodline. The pixie prince is alluring, and I feel so broken and vulnerable. I know giving in to him means giving myself over to him. But right now, I don’t care. All I want is to feel anything other than the loss and rejection Justice left me with.
Anything other than pain.

So what do I do when I’m scared to be touched, even though I know it’s the only way to bring my soul back to life? 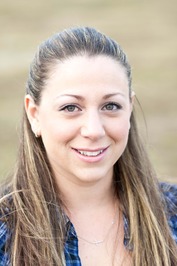 Marissa Carmel has been writing since a young age and although it has always been for personal enjoyment, she finally decided breakout and share her imagination with the world. She hopes that her universe is as fun and intriguing to her readers as it is to her. Marissa Carmel is originally from NJ but moved to Maryland several years ago, she enjoys reading, writing, and catching up on her ever growing DVR library. She is currently working on the sequel to iFeel, Gravitational Pull and the third and final installment of the Vis Vires trilogy, Constellation.

We land right outside the gates of Keelin Castle. Extinguishing ourselves, we descend on the palace.
Walking authoritatively, we make our way down the nave-like hallway of the castle to the huge, golden double doors at the end. The throne room.
“Are you sure that’s where she’ll be?” Derrin asks snidely. “She might be waiting in her chambers for you.”
“Well if she is, she’ll be waiting a while.”
“It could be a good way to get some of your frustrations out,” he says boorishly.
“There’s more than one way to release frustration,” I threaten him.
“Bring it, bitch,” he grabs his crotch, not intimidated at all.
Asshole.
I push open the throne room doors, and as expected, we see the pixie queen perched on her throne waiting for us.
Emery surveys us as we approach. Both Derrin and I give a small nod in due respect as we reach her, but don’t be deceived, we are the supreme strata.
“Your little human has caused quite a stir,” she says evenly, but I can see the danger flashing in her eyes.
“She was the one who was attacked,” I quickly defend Liv.
“Was she? Or did she bring it on herself?”
My look becomes more intense. “What are you talking about?”
“My brother has taken quite a liking to her you know,” Emery says randomly.
Yes, I’ve noticed.
“If your brother knows what’s best for him, he will disappear from her life,” I say through clenched teeth.
Or I’ll remove him myself.
Emery’s eyes become razor sharp at my comment - she’s realized something. She slips off her throne and stalks down the three slate stairs to the floor where Derrin and I are standing. Like Liv, she is tiny, with long hair blacker than night and almond eyes just like Melenia’s.
“What is so special about this human?” she looks up at me, searing the question straight into my soul.
“Nothing,” I snap, but Emery knows me. She sees right through my lies.
“Then it will be nothing if I send the royal guard to take care of her, and rid my land of such contaminants.”
“Do it, and I will burn this entire realm to the ground,” I growl.
Her eyes grow a little wider, but she doesn’t back down from my glare.
“You love her.”
“No.”
“You deny it?”
“Yes.”
No.
“You loved me once,” she says vulnerably.
“What we had was never love,” I bite, “just sex.”
Ouch. That was harsh, even for me.
Emery’s eyebrows crease, and I know I have hurt her deeply.
It’s not a lie, I never loved her. We did have an intense physical relationship that included some emotion, but it’s incomparable to what I have with Liv.
She backs away from me, shifting her eyes between me and Derrin.
Derrin clears his throat. “Not to interrupt this lover’s quarrel,” that I highly enjoy watching, he tells me telepathically, “but what exactly did you mean when you said she brought it on herself?”
Emery’s full attention falls upon Derrin.
“Siberian didn’t give me all the details, but apparently she used her powers on him, and what she did, he described only as provocative.”
I clench my jaw. Provocative?
Images of Liv and Siberian reel through my head. What did she do to him? What did he do to her?
The thought makes me furious.
I’ve damaged us so badly; she turned to a threat more dangerous than the Darklings. And the only thing I can do about it is blame myself.
“So, is she in trouble?” Derrin goes on. “Is there anything we need to be aware of?” he hints. “Besides you sending the royal guard and Siberian?”
Emery contemplates Derrin’s questions for a short second. “Besides Darklings, what else should there be?” She looks over at me as I stand there still-stocked, trying not to give away the anger boiling over in my chest at the thought of Liv and Siberian.
“Who is this girl, exactly?” she pries deeper now, and I know we are heading into hazardous territory.
“She’s no one you have to be concerned about,” I dodge the question. “We just need to know if you’ve caught wind of any unusual uprisings?”
She is simultaneously lost and absolutely intrigued as she stares at me decisively. “No, nothing.”
I nod, and release an almost nonexistent sigh of relief.
“Do I have your word she won’t be harmed while she’s in Devonshire?” I phrase it as a question, but she understands my query is so much more than that. It’s a threat.
She nods her displeasure with a small, irritated frown.
We’ve collected the information we came for, and I’ve had enough of Emery’s probing stares. Surrendering to the ever-present pull drawing me back to Liv, and preparing for the shit-storm I’m sure awaits me once I see her, I turn to leave.
“What should I tell my brother?” Emery calls, taunting me. “He wants her.”
I turn back and glare at her. “Tell him he couldn’t handle her, even if he got her.” Then I slam the throne room door behind me, the sound echoing throughout the castle.
That pixie prick is dead.