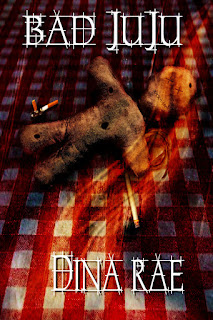 
Lucien Nazaire flees his Haitian homeland and meanders around the United States for decades. He settles in a Wisconsin trailer park filled with elderly tenants. He meets Jake and hires him for odd household jobs. As their relationship progresses, Lucien invites the boy into the world of Voodoo.

Jake LaRue lives in foster care with his abusive uncle. The Voodoo lessons give him a sense of power within an otherwise helpless situation. Despite his loner status, he instantly connects with Henry, his only friend in high school.

Henry Novak has Asperger’s Syndrome. He fixates on historical events, most recently the 2010 Haitian earthquake. Like Jake, he becomes passionate about the dark side of Voodoo. They learn how to cast spells on those they hate and lust, leading up to dire consequences.
Months after the Haitian earthquake, Henry convinces his family to volunteer for the island's reconstruction. Their mission turns into a nightmare when he mysteriously walks off of the campsite.

Bad Juju is a balance of horror, romance, and literary fiction intended for adults and mature teens. The plot uses research involving the Voodoo religion.


First I want to say how much I loved this cover.  I know it sounds silly, but a cover is what drags me into a book. I know everyone says not to judge a book by it's cover, but if the book doesn't have a thought out cover, then you can really tell that the author didn't put a lot of thought into the story either.  And Dina Rae did some wonderful things with Bad Juju.  The title was the second reason I wanted to read this book.  I am a fan of Grey's Anatomy and my cousin and I will quote lines from the show on a daily basis.  Bad juju is one of our favorites!

That being said, I loved this story.  I wasn't sure how much I was going to like it at first.  I prefer stories where the main character is female, simply because I can relate better to them.  But it didn't matter.  Dina Rae is a wonderful writer and she can make you love a character as soon as you meet them.  I read this in one sitting (except for potty breaks of course!) and I will definitely be reading more from Dina Rae!

Something else that I loved was that one of the main characters have Asperger's Syndrome.  From what I understand it is one of the many spectrums of Autism.  Any time a book has me looking things up and learning it's a win!

“He’s done this before, hasn’t he?” Lucien asked.

“Yes.  Lots of times.  But this is the worst time,” Jake cried.  Emotions suddenly overcame him.

“This is unforgiveable.  The next time might be worse.  He needs to be stopped.  Police?”  Jake shook his head.  “Let me make you an ointment for your back.”

Lucien opened a drawer with endless containers of odd spices labeled in French.  He began to boil water.

“Lucien, why don’t you make a Voodoo doll?  Isn’t that what you do in Haiti when someone is making you mad?  We can make one of Jake’s uncle,” Henry suggested.

“Can you do that, Lucien?” Jake asked.

“I haven’t done that kind of thing since, oh, since I left Haiti.  And sometimes it doesn’t even work.  It’s such a small part of the Voodoo religion.  Some would call it Hoodoo.  These things take time, but we could try.  Although I’d feel more comfortable showing you how to make a healing ointment for scarred skin.  Revenge is one of the trickiest of the hexes.  It has a power of its own, making it easy to backfire.  Any more harm than what your uncle deserves might invite evil loas into your life.  And Henry, your parents might not approve of this.  Maybe it’s a bad idea.”

“Like I said earlier, I’m good at keeping secrets.”

“But from your parents?  I don’t know if that’s right.”

“He’s cool.  And like you said, this probably won’t even work.  It’s worth a try.  You’re cheering me up just talking about it,” Jake said.

“Then I’ll need a few personal items from your uncle.  Hair, Q-tips, trinkets, clothes, anything he personally uses,” Lucien instructed.  “I also need dirt.  Large Ziploc bags of dirt from the graveyard next door.  I think I can provide the rest.” 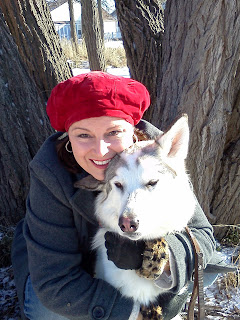 Dina Rae is a new author here to stay.  As a former teacher, she brings an academic element to her work.  Her three novels, Halo of the Damned, The Last Degree, and Bad Juju weave research and suspense throughout the plots.  Her short story, Be Paranoid Be Prepared, is a prequel of sorts to The Last Degree, focusing on the James Martin character.  In the spring of 2013 her latest novel, Halo of the Nephilim, will be released.  Dina also freelances for various entertainment blogs.

Dina lives with her husband, two daughters, and two dogs outside of Chicago.  She is a Christian, an avid tennis player, movie buff, and self-proclaimed expert on several conspiracy theories.  She has been interviewed numerous times in e-zines, websites, blogs, newspapers, and radio programs.  When she is not writing she is reading novels from her favorite authors Dan Brown, Anne Rice, Stephen King, Brad Thor, George R.R. Martin, and Preston & Childs.

Halo of the Damned

Halo of the Damned - Trailer 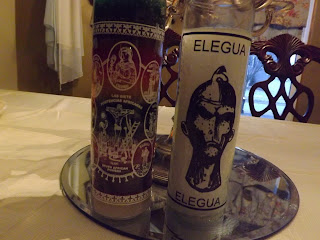 Be sure to leave Dina Rae a comment for your chance to win one of these candles!